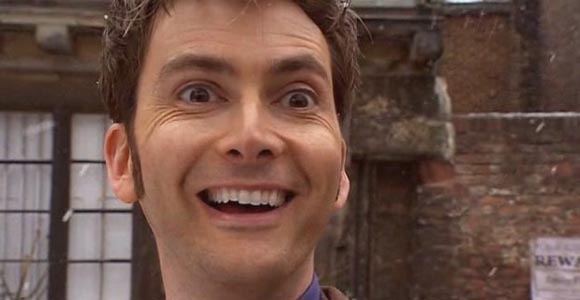 Hey, remember last week when Matt Smith said he’d love to do an episode of Doctor Who in New Zealand and have Peter Jackson direct it? Then Jackson was all, “Totes.” Wheels are now in motion for this to actually happen thanks to one Who producer.

Smith said he’d love to film in the country and that he would campaign endlessly for it to happen. “I think it would be an absolutely wonderful place to film Doctor Who,” he said. “Let’s get Peter Jackson to direct [an episode] and go and make it in New Zealand.”

Then Jackson said, “I’m a huge Doctor Who fan, and I think Matt’s fantastic. Just name a time and place, and I’ll be there!”

Now last time we wrote about this, Susana made the excellent suggestion of Jackson directing Neil Gaiman’s next Who episode. It would quite possibly make fans explode, but it’s the logical choice in our minds. Though it’s pparently the creator of Luthor, Neil Cross, (who’s writing an episode for the second half of this season)a that’s trying to convince Executive Producer Caroline Skinner he could write the perfect New Zealand Who episode.

Skinner spoke with the Waikato Times about it saying, “It is beyond wonderful that Peter is a fan of the show and it’s beyond flattering that he’d even think about it. I’m absolutely sure that we couldn’t afford him but, you know, we can always negotiate. His enthusiasm is just fantastic of course.”

So it seems as if she’s willing to try and make it happen but is still aware of the roadblocks in the way, of which there are several.

“I’m with Matt [Smith]. Of course at some point we’d love to bring Doctor Who down under [but] it won’t be possible until at least a year after the 50th anniversary,” she said. “We are already two-thirds of the way through the shoots of series seven and although we filmed a couple of episodes abroad I can confirm for the rest of series seven we will be shooting entirely in Cardiff Bay.”

I’m of the mind Jackson would do the work without asking for a lot of money, I mean, he certainly has enough. Plus, I’m still holding out hope for the Gaiman/Jackson pairing. Gaiman’s episode is tentatively planned for the second half of Season 7 but his episode, “The Doctor’s Wife,” was pushed from Season 5 to 6 and with all the things we’ve already seen scheduled for that block of episodes, I wouldn’t be surprised if it happened again. That will give Jackson time to settle down after his Hobbit work and the Who crew time to settle down after the big anniversary.