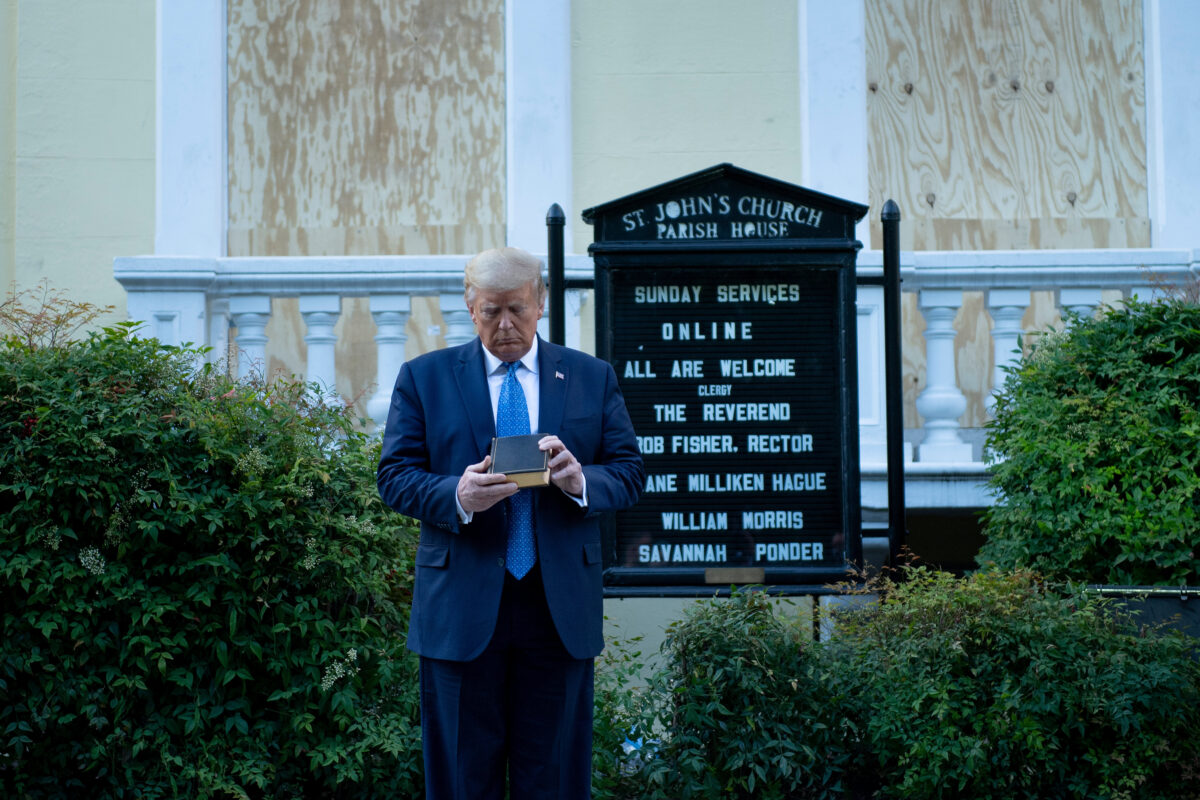 Today’s new horror was seeing the term “White blessing” trending on Twitter with over 25,000 tweets. It trended because a pastor named Louie Giglio (yes, that’s the real name of a real person) said that whites who had benefitted from the “curse of Slavery” should use the term “white blessing” instead of “white privilege” when discussing race issues (with Christian rapper Lacrae and … the CEO of Chic-Fil-A).

Pastor Louie Giglio, rapper Lecrae and Chick-fil-A CEO Dan Cathy “had an honest conversation about race and the Church” on June 14.

Here’s an example of why words and their meanings matter.

Giglio runs a megachurch in Atlanta and is no stranger to bad press, given that he’s made some terribly homophobic comments, something that isn’t surprising considering his occupation. But what we need to talk about here isn’t evangelical Christianity’s deep homophobia, but the ways that Churches like Giglio’s promote and uphold white supremacy. And they do that, in part, by upholding and promoting Donald Trump.

In some ways, it’s nice to see a guy just come out and say it: for him and his race, slavery was a “blessing.” He did, to his credit, almost immediately apologize, and claimed he was trying to find a better term to help his flock deal: “Trying to help us see society is built on the dehumanization of others.” He didn’t want his white audience to feel uncomfortable. But … “white privilege” is a term that is supposed to make people uncomfortable, and at this point, evangelicals really need to be uncomfortable because they in particular have enabled Trump and the white supremacy he embodies.

For almost as long as he has been in political life, analysts have asked why evangelicals support Trump so powerfully. He’s literally the least Christian president in history, and only 27% of Americas think he’s religious. But the group with the strongest conviction that he is? Evangelicals. Again: why?

Because, as John Fea, author of  Believe Me: the Evangelical Road to Donald Trump, told Vox in 2018, it’s all about fear. Fea explained:

If you look closely at American evangelical history, you see fear everywhere. During the early 19th century, white evangelicals in the South constructed a “way of life” built around slavery and white supremacy. When Northern abolitionists (many of whom were also evangelicals, I might add) threatened this way of life by calling for the end of slavery, white evangelicals in the South responded by turning to the Bible and constructing a theological and biblical defense of slavery and racism. After the Civil War, the fear of integrating blacks into white society led to Jim Crow laws and desegregation.

The history of white evangelical Christianity in the US is the history of white supremacy. The Southern Baptist Conference was founded to defend slavery, and the Evangelical church and its message have often gone hand-in-hand with the messages of groups like the Ku Klux Klan. This was racism that was justified by the word of God and, for many, it hasn’t changed since the bad old days.

This kind of fear, of immigrants, of LGBT people, of communism, and abortion is the core of the Evangelical view of the world. That deep fear and deep roots in racism added into an already racist country make Evangelical life the ideal breeding ground for the worst in American racism and white supremacy. And they found their leader and icon in Donald Trump, someone they see as a sinner chosen by God for a holy mission to liberate America from all those scary “others.”

Again, this isn’t to say that non-evangelicals aren’t complicit in white supremacy. We very much are, but the Evangelical worldview in particular which must be reckoned with and changed if white supremacy is to be substantially dismantled in America. White evangelicals need to grapple with their history in particular and not gloss over it as a “white blessing.”

And maybe, slowly, they are. Trump’s previously solid support from white Evangelicals has been slipping as he continues to show how tone-deaf and racist he is as the nation cried out for change and reform. Reverend Lenny Duncan, a black pastor to one of the whitest congregations in the country, has called out Evangelicals for their racism and complicity and preaches that what white supremacy (and Trump) stands for is the very opposite of Jesus’ message. Duncan told NPR:

That’s the cunning thing about white supremacy is that not only does it always find a scapegoat, but it always finds someone who’s doing worse off than you. And it creates a narrative of white American invulnerability to what’s happening globally. We’ve always been able to weather this storm because America is so exceptional and it’s the city on the hill, it’s blessed and ordained by God. All of that is bulls***.

But there is a long, long way to go for these supposed devotees of Christ to find their way back to their lord and savior’s actual message. We’re not expecting big changes anytime soon—especially while we still have a President pandering so hard to that base that he’ll go to any violent length to take an awkward picture with a Bible.