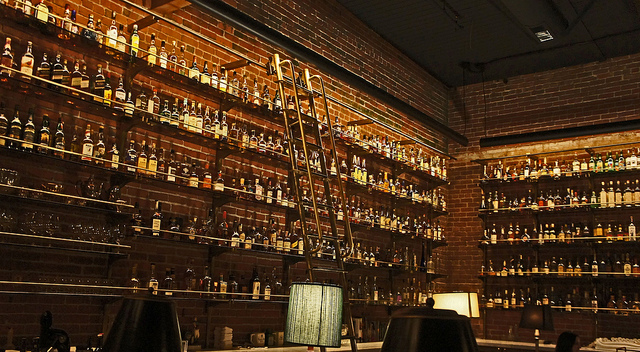 Whiskey isn’t just for your Dad anymore, and that’s a problem. According to Smithsonian the nation’s leading distilleries claim that due to a resurgence in the drink’s popularity a shortage may be looming AND DEAR GOD IT’S THE WEEKEND, WHAT ARE WE GOING TO SIP BROODINGLY NOW?

One of the country’s oldest distilleries, Buffalo Trace, released a statement yesterday to warn its devotees of an imminent shortage:

Despite the increase in distillation over the past few years, bourbon demand still outpaces supply. The overall bourbon category is experiencing 5% growth, but premium brands are up nearly 20% from last year. Bourbon must be matured in new oak barrels and Buffalo Trace ages many of its barrels for eight to ten years, and some over two decades. That’s a long time to wait for a bottle of bourbon. Not to mention, with the amount of bourbon lost to evaporation over time, barrels are half empty after ten years. The increase in sales, coupled with the aging process and evaporation loss, leads to a shortage with no end in sight.

Unfortunately, the shortage may be karmic retribution for our poor role as environmental stewards—Spirits Business reports that logging and harsh winters have decreased the wood available for barrels.

High end whiskey has the greatest demand, but Smithsonian says brands that brew years in advance were the least prepared for the swift uptick in the drink’s popularity.

Everyone hold on to that last bottle of Macallan. You’ll need a little something to numb that barrel-sized hole in your heart.

Although Geekosystem’s own whiskey authority Glen Tickle has thoughts on the Buffalo Trace statement:

I can’t believe they’re citing “evaporation” as a cause for a possible shortage. That’s ridiculous. Evaporation is a natural part of the aging process, and always has been. It’s not some new threat to your drinking habit.

The rise in popularity could raise prices or make some higher-end bottles harder to find, but this email reads like a scare tactic meant to drum up sales. I for one, won’t be stockpiling whiskey because of this… at least not anymore than usual.

(via Smithsonian, image via Roger)