There’s a new ad campaign for Suntory Whiskey by Japanese agency TBWA/Hakuhodo that shows the whiskey served over intricate, precision-drilled 3D ice sculptures. It’s beautiful to watch the drill create such a complex shape, and then have that shape drowned in whiskey.

Besides the sculpture in the video, they’ve released several more in a gallery. Here are just a few: 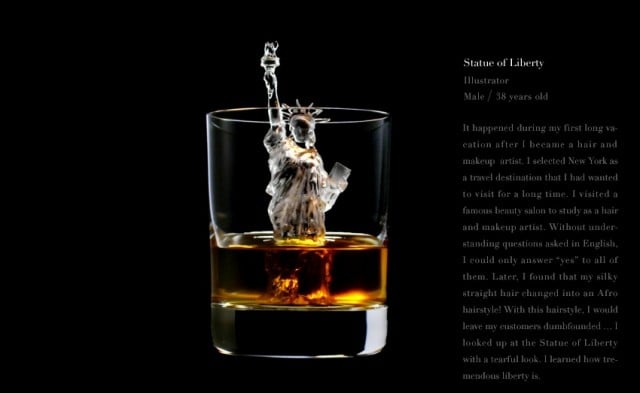 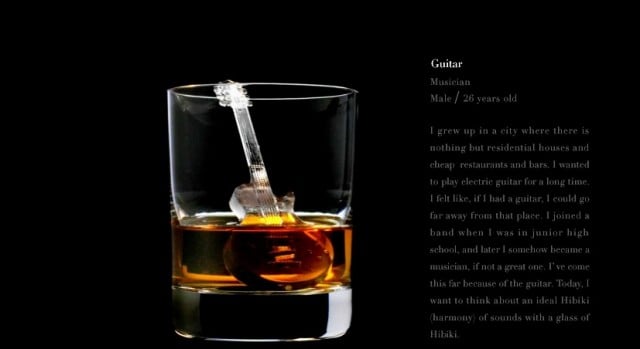 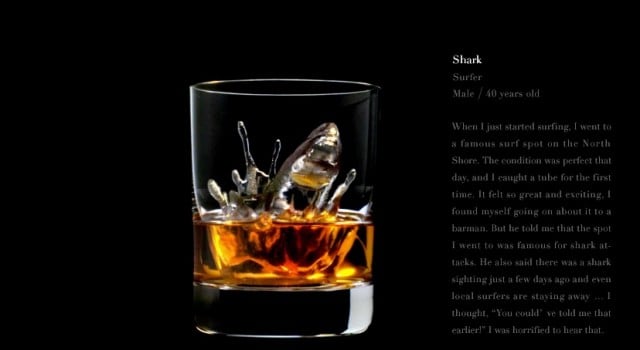 You can see more of these at the Suntory site where they’re all displayed in a gallery. They were even letting people submit their own and submit them for possible ice sculpting, but it appears that feature is closed.

This is my favorite Suntory commercial, because they got popular American actor Bob Harris to do a spot for them.