Learn How To Make Whiskey Bongs With Tim Shaw, Star of Nat Geo’s None Of The Above

Unless you're Ron Swanson, in which case, "this is the wrong way to consume alcohol." 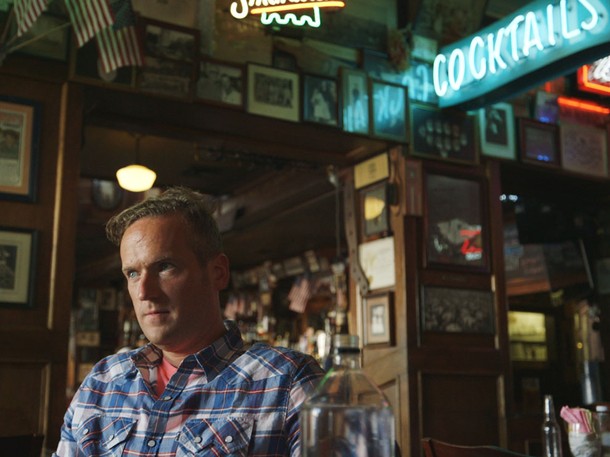 Man, who even drinks alcohol anymore? Boring, right? Tim Shaw from National Geographic Channel’s None Of The Above prefers to use the stuff in cool science experiments, and he stopped by the Swift Hibernian Lounge in the Lower East Side to show us some of his favorites that you can try your yourself at home.

First, Shaw showed us how to get wine back up into a wine bottle without using a funnel — provided that you’ve placed the wine in a container like the bowl we used, as this method probably won’t help you if you’ve spilled the wine all over your carpet. Microwaving a little bit of wine in the bottle causes the water in that wine to expand and then condense as it cools, which creates a vacuum. Of course, Shaw explains it better than we could:

When designing these “tricks” (though he’d probably object to us calling them that, as tricks are for magicians and those guys are all liars), Shaw says that he tries to come up with methods that demonstrate the fundamentals of science in a practical and easy-to-replicate way “When you go with the basic principles — if you know about vacuums and you know about the expansion of liquids, you can reverse engineer something that works with regular people.”

Since we were having fun with the microwave, Shaw also taught us a neat way to create your very own ball of plasma in the comfort of your own home. He did this by placing a lit match in the microwave and then covering it with a wine glass.

Of course, you have to be careful with doing this trick at home, because sometimes the plasma doesn’t just go out and instead smashes the surrounding glass. Fortunately for us and for the bar we were hanging out in, it did not do that this time around.

Finally, the piece de resistance: Shaw’s infamous “whiskey bong,” which is exactly what it sounds like. We tried this one a couple of times throughout the night, mostly because I was a weenie who couldn’t handle my alcohol vapor the first time around and demanded to try it again without coughing. All you need is a giant empty bottle of soda, any kind of liquor (we used whiskey, obviously, but if you’re more of a vodka drinker you can use that instead), a basketball pump, and a straw.

We still think “suck it up” should be Shaw’s new catchphrase, by the way. But anyway, as he explained to us, the alcohol in the vapor hits your bloodstream faster than it would if you were simply drinking the whiskey, but it also dissipates much more quickly as well. You get a strong, immediate hit, but it won’t stay in your system as long as an actual shot of whiskey will. You can also do it plenty of times with the same amount of whiskey without draining it of all the alcohol, too.

You can watch more of Tim Shaw confusing Americans with the power of science in None Of The Above on the National Geographic channel. The newest episode drops on Monday, March 24th at 9pm EDT. And remember to always drink — and use microwaves — responsibly.

(featured image via National Geographic Channel, videos our own)