Surprised it took this long, honestly. 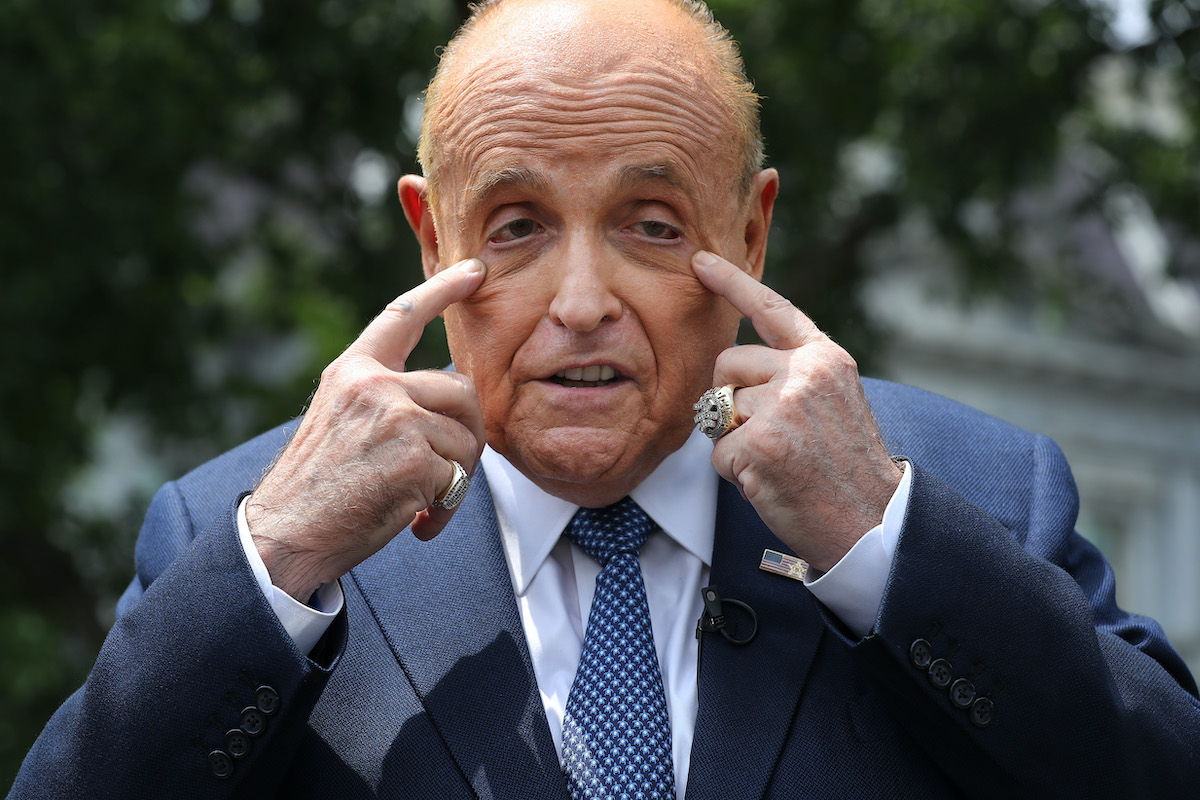 Rudy Giuliani has discovered that you can only travel in Donald Trump’s inner circle for so long before you finally catch COVID-19. Giuliani’s diagnosis was made public in a tweet from Donald Trump, who wrote “Get better soon Rudy, we will carry on!!!”. Giuliani has yet to confirm his diagnosis, but honestly is anyone surprised?

As the president’s personal lawyer/gargoyle, Giuliani has spent the last month criss-crossing the country with his clown car full of lawyers to unsuccessfully plead with state and local governments to overturn the results of the election. Giuliani has also been a frequent attendee of Trump’s rallies and events, where nearly everyone is maskless. And Giuliani himself is rarely photographed with a mask on, despite being in close quarters with a revolving door of science-denying trumpers.

If we didn’t know any better, we would assume that Giuliani is actively trying to get infected. I mean, we all saw the disastrous press conference where he wipes a dirty handkerchief over his face and sweats out his hair dye. But the truth is far more simple: like the rest of Trump’s team, Giuliani is living in an alternate reality where Trump won the election, COVID-19 isn’t a real threat, and actions have no consequences.

Last month, Giuliani’s son, Andrew, who works as a White House staffer, tested positive for Covid-19. It’s unclear at this point whether or not Rudy got it from his son, or from one of the many staffers who have tested positive since the start of the pandemic. At 76 years old, Giuliani is already at high risk for the virus.

It’s a tragedy when anyone is afflicted with COVID-19. In theory. But Rudy Giuliani has become a singularly toxic agent of chaos in our democracy, whose relentless skullduggery has undermined confidence in the election. He’s been a fixer and lobbyist for foreign interests. And when he’s not doing that, he’s engaged in repulsive behavior that makes him an international embarrassment.

Many took to Twitter to roast Giuliani for his diagnosis:

I can't emphasize this enough for people who weren't alive and aware of the world in 2002: Rudy Giuliani, despite his utter and complete awfulness well known to those in NYC, was massively popular throughout the United States and expected to run for president someday.

Rudy Giuliani spreads a deadly virus as he travels the country trying to topple democracy.

It's like the premise of a Shakespearean tragedy, but it's real and the GOP is backing him every step of the way, from the spreading of the virus to attempting to topple democracy. https://t.co/ojEe3zU45h

I know it's easy to make fun of Rudy Giuliani, but that's only because he's an awful person whose entire career consists of hurting people to benefit the rich

If Democrats could design people to make fun of we would design Rudy Giuliani.

No one should ever listen to this useless, flatlining, deadbrained empty-ass suit about anything again. If Rudy Giuliani checks his watch and tells you the time, you're two and a half hours later. https://t.co/zIUEWjaBm0

Tough break for Kraken Karen aka Melissa Carone, and the rest of Trump’s traitorous legal team. But schadenfreude for the rest of us, I guess.