Can Rudy Giuliani Just Crawl Back in His Crypt Already? 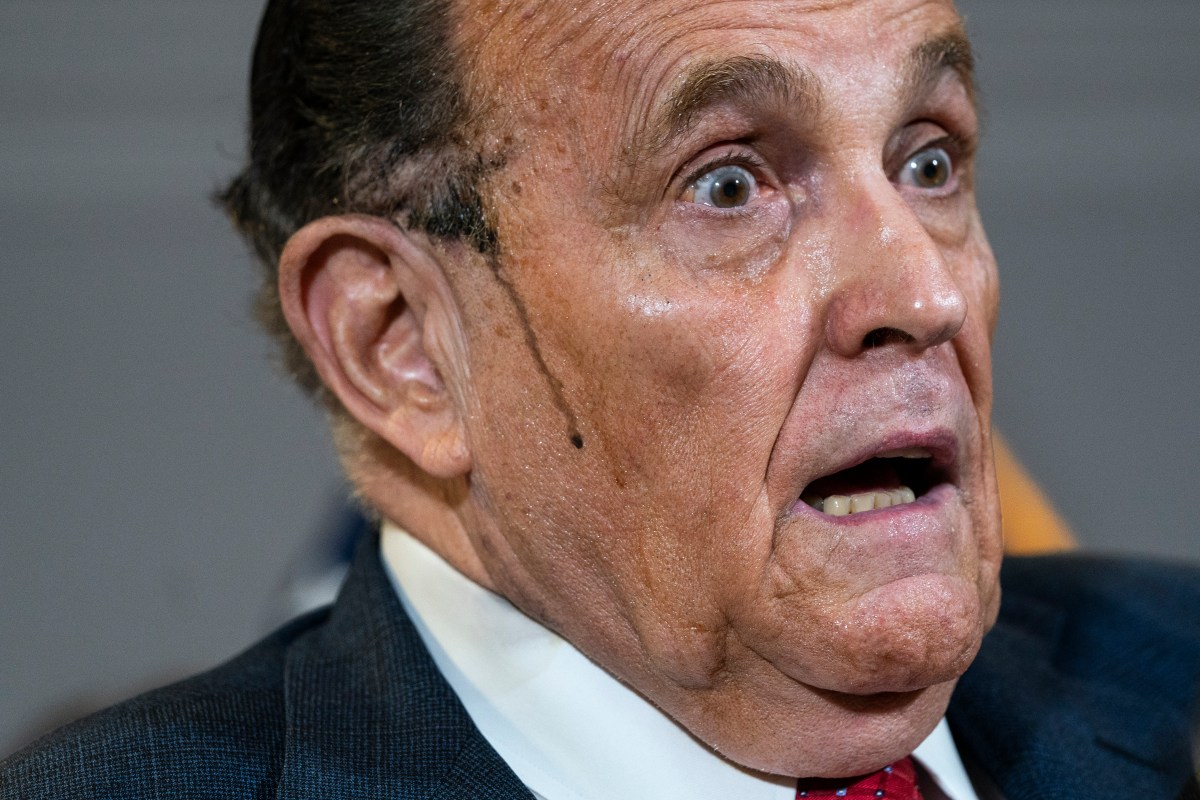 When we ask “what is wrong with Rudy Giuliani?” We mean it in a more general sense. Like “what happened to this man who apparently had some sort of legal education and allegedly ran the City of New York for a while that’s made him go so completely off the rails into Trump land?” But today we mean it very literally and specifically when we ask: WHAT THE HELL IS WRONG WITH RUDY GIULIANI? He seemed to literally be melting as he led an attempted coup disguised as a press conference.

Giuliani took to the podium in a press conference so bonkers that even Fox News wouldn’t air it. OANN was the only “network” to cover the deranged spectacle as Donald Trump’s personal lawyer nonsensically outline some sort of nation-wide conspiracy of voter fraud and a path to victory for Donald Trump in the Presidential race that he already lost and continues to lose, again and again. And all the while hair dye streaked down Giuliani’s face and, I can only assume, the fires of hell licked at his feet, attempting to reclaim him to their depths.

Giuliani gave new meaning to the term meltdown,  as he was joined by Sidney “Release the Kraken” Powell had to spew lies about communist conspiracies that are barely worth printing. They’re also joined in the “fight,” by the way, by Jenna Ellis, who called Trump an “idiot” in 2015 and said his supporters were worse. Somehow she’s lost that clarity. Maybe her brain also leaked out of her head like Giuliani’s looked to.

The level of batshit energy and pure incompetence they and the rest of Trump’s “legal team” are exuding is truly staggering, and would be funnier if they weren’t attempting to directly undermine the democratic process and rule of law! They also managed to get antisemitism and racism in there too, along with some of the oldies like George Soros! But … yeah it was still funny, because it’s 2020 and this is where we’re at. And Twitter had a great time with it.

Here is a visual metaphor of Trump’s election challenges. pic.twitter.com/zSmkMk0g1b

what could possibly be more embarrassing than undermining democracy, grabbing your junk on film,
Four Seasons Total Landscaping and…

Here’s why you should hire union hair and makeup professionals: pic.twitter.com/84urAAuh9E

If I were Rudy Giuliani I would stop with these bullshit lawsuits and spend my time suing Just For Men.

Has Rudy Guiliani been talking to Mr. Shadow?!? pic.twitter.com/ic5jjaywf5

What Giuliani and his crack team are trying to do is deeply terrible and disturbing, and they all deserve to be disbarred at the least and imprisoned for fraud, treason, and election tampering at the best. But thank whatever gods you hold that they are so completely and utterly bad at their jobs that in the midst of an attempt to steal the election, all we can do is laugh at them.

But really … I would give anything to never laugh at this bozo again. To never think of him or Trump again. I just want them gone and for the country they broke to have a chance to heal. But I guess Rudy has a lot more melting to do before that happens.