What Is the Video Game Among Us, and Why Is It Suddenly Everywhere? 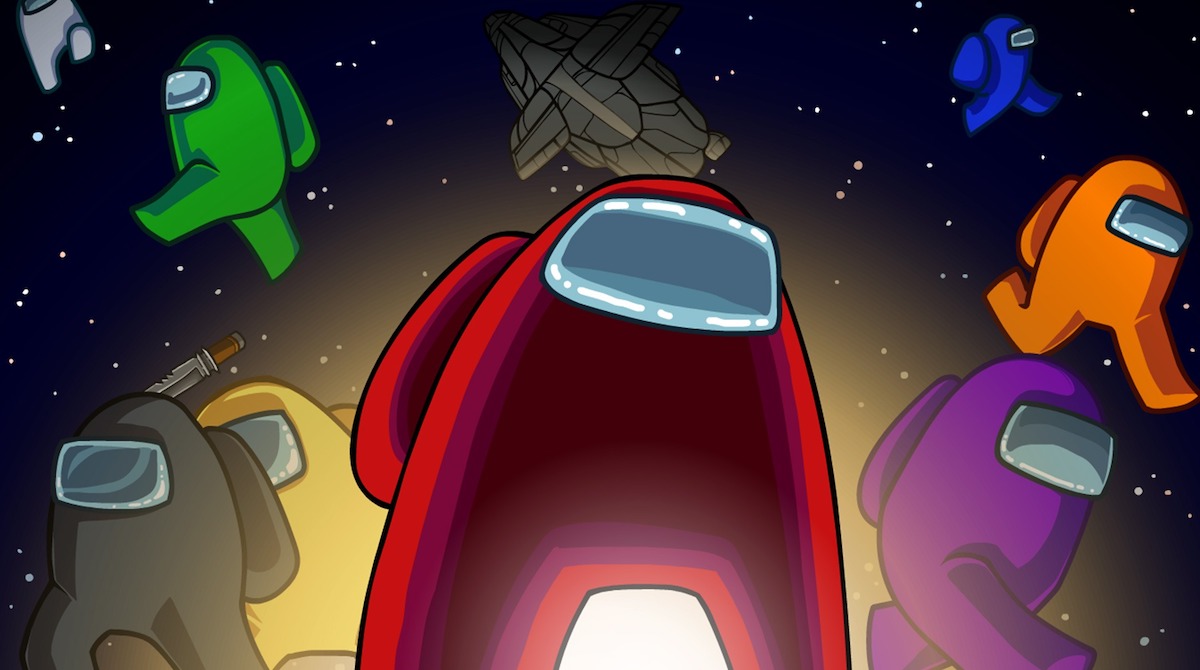 Recently, I began to see unfamiliar memes with more than a hundred thousand likes go by on my Twitter feed. These tweets usually featured screenshots from what looked like a rather old-school video game, and starred some colorful blobs with legs. I was intrigued. What was happening?

It turns out that the memes are on an offshoot of Among Us, an online multiplayer “social deduction” game first released in 2018. The game’s popularity has exploded this month, driving Among Us into the cultural lexicon. Among Us is so wildly popular at the moment that its developers, InnerSloth, just announced that a planned sequel has been canceled so that they can continue to work on the existing game.

ok but hear me out pic.twitter.com/Ip1FgTUQm9

The genius and addictive playability of Among Us appears to be its inspiration from a well-known party game, Mafia, which is alternatively known as Werewolf or Secret Hitler. You may not have played Mafia as of late (remember parties and in-person games?), but you likely remember the premise, in which a few embedded players with a sinister agenda try to carry it out while the rest try to deduce the criminals … among them. Yep! Here’s a run-down of how Among Us works:

Among Us is a multiplayer game, supporting 4–10 players. 1–3 of these players are randomly selected each game to be Impostors, while the rest are Crewmates. […] Impostors are given a fake list of tasks in order to blend in with Crewmates and have the ability to sabotage the map’s systems, traverse vents, identify any other Impostors, and kill Crewmates. If a player dies, they become a ghost; ghosts have the ability to pass through walls, but can only interact with the world in limited ways and are invisible to everyone except other ghosts. All players, aside from ghosts, have a limited cone of vision, only allowing them to see a certain distance around them despite the game’s top-down perspective.

It sounds really fun—as games of Mafia generally are. But how did a two-year-old game suddenly shoot into the stratosphere?

We appear to have video game streamers and their audience to thank. Growing promotion and play time by streamers, initially in South Korea and Brazil, led to greater awareness of the game. Streamers with big followings worldwide took to the game over the last few months and turned Among Us into a viral hit. Among Us became the most-watched game on Twitch in September, with views jumping from a few hundred at the start of July to 100,000 in August. The numbers here begin to get pretty bonkers, as PC Gamer reports:

By the end of the month, sodapoppin had racked up 631,000 hours of Among Us watch time. Korean streamer d_obby was next, with 360,000 hours. An underappreciated part of Among Us’s success is its language support—it’s available in English, Portuguese, Spanish, and Korean.

Additionally, the barrier to entry is low, with the game playable across most computer systems (even much older models), as well as smartphones.

PC Gamer further points out that Among Us’s newfound popularity hit at the right time, and is also somewhat a product of our current conditions:

A big part of Among Us’s success is simply that Mafia is a fun, endlessly playable game. It scales well to big groups. Trying to decide who to trust is always tense. Getting away with murder and turning the whole team against an innocent player is always a thrill.

But in 2020, at least in the US where coronavirus still rages, getting together to play games like Werewolf in-person isn’t really an option. Right now we’re primed for most of our social interactions to play out over Zoom and voice chats, and Among Us is an easy laugh generator with friends.

In September, the game reached a mind-boggling 100 million downloads from the Google Android store. 100 million downloads! Hence the proliferation of memes, screengrabs, commentary, and even Crewmate fanart that I’ve seen on social media as of late. It may seem out of nowhere to those of us who aren’t in gaming communities, but Among Us’s rise has been building for a while.

The game’s success appears to be a true viral phenomenon, spreading slowly but steadily until it consumes everything in its path. A combination of a) a fun premise b) a global pandemic and c) influencer usage blew this thing up beyond all expectations. Plans for a sequel have now been put on hold in favor of building out the existing game’s codebase and adding more content and features, which is probably wise. Better to keep a hold on this ongoing sensation rather than ask players to move over to a whole new game. InnerSloth’s current team is also tiny—with just three people—though I assume we’ll be seeing a lot more from them in the future.

I am not, as you may have ascertained, much of a gamer, but I see the instant appeal of Among Us, and am ready to play. I like that it’s accessible and could provide a fun way to interact with scattered, quarantined friends. And who doesn’t love the idea of hunting down imposters in space—or getting to be the bad guy for a little while yourself? At the very least, maybe I’ll come to better understand memes like this:

this is the saddest thing I have ever seen pic.twitter.com/YUOzrEJ2x4

(Among Us via PC Gamer, image: InnerSloth)