Westworld S1 Was Expensive, So Good Thing It Was HBO’s Biggest Premiere In Years 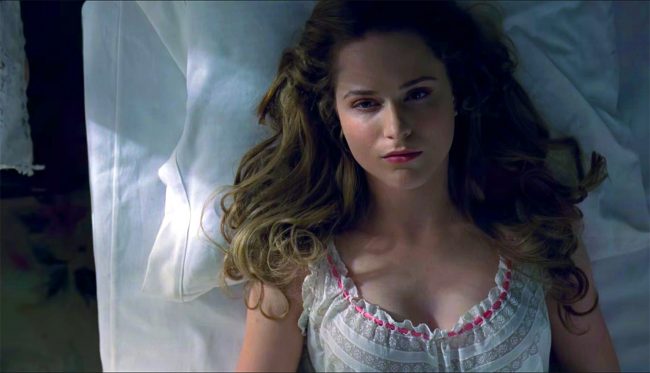 As reported by /Film, Westworld‘s Season One cost $100 million to make. The pilot alone cost a quarter of that at $25 million, so we’re sure that it’s making HBO very happy that it’s already gotten so much positive attention. However, HBO wants to make sure you know that the success or failure of Westworld isn’t make-or-break for them, despite the impending end of Game of Thrones. Says HBO’s Head of Programming, Casey Bloys:

I’m sure it’s among the more expensive ones but I can’t tell you that it is the most expensive one we’ve ever done; I would imagine it is [among them]. The notion that it’s Westworld or nothing, I understand the comparisons to Game of Thrones because they’re both big genre pieces, but the fate of the network doesn’t rise or fall on this show. That being said, it would certainly be great if it connected with an audience.

It’s certainly doing that, but perhaps to different degrees. You can check out Maddy’s early review of the pilot here at TMS. I, for one, loved the pilot, though I found myself getting bored every time they switched over to the park engineers. They’ve done such a good job of making me relate to the hosts that I could give two craps about the engineers working on them. Except, of course, for Anthony Hopkins’ Dr. Ford and Jeffrey Wright’s Bernard Lowe as both the creators and consciences of the park.

What I’m really not too crazy about is that, according to its IMDb page, of its ten episodes only one is directed by a woman (Michelle MacLaren), and the only female writer on the writing staff is Executive Producer Lisa Joy. While she, Executive Producer J.J. Abrams, and series star Evan Rachel Wood have all spoken up recently to reassure viewers that the violence and abuse of women on this show is not gratuitous, I wish that the careful consideration of women and their importance and value extended behind the camera as well.

I have a feeling we should expect great things from stars Wood and Thandie Newton and their characters, judging by the season footage HBO revealed after the pilot. It seems as though these women will be leading some kind of host revolution. We need a revolution as far as women creating shows like this, too. Just sayin’.

It being such an intriguing and thought-provoking show, you’ll likely be getting lots of different opinions on Westworld here at TMS, and we’d love for you to continue to share yours as we go!

Were you one of those 3.3 million people who watched the Westworld pilot? What do you think so far, and what are your hopes for the show? Let’s chat in the comments, shall we?