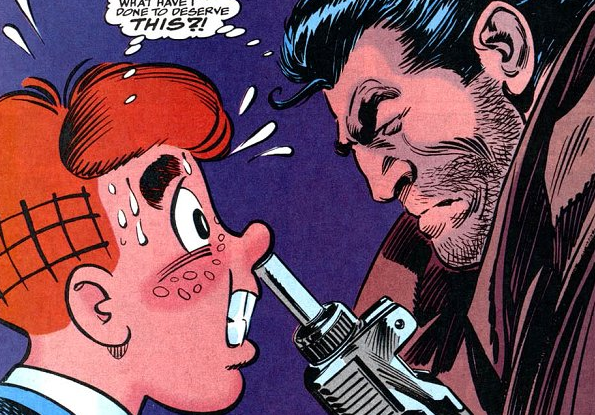 We’re all waiting with breathless anticipation for the upcoming nonsense that is Archie Meets Predator, but in the meantime, we can satisfy ourselves with other just-as-ridiculous Riverdale crossovers—such as that time The Punisher paid the gang a visit. Dorkly has more weird comic shenanigans where that came from. Can you think of any they missed?