Harvey Weinstein Is Apparently Being Awful At “Sex Rehab” 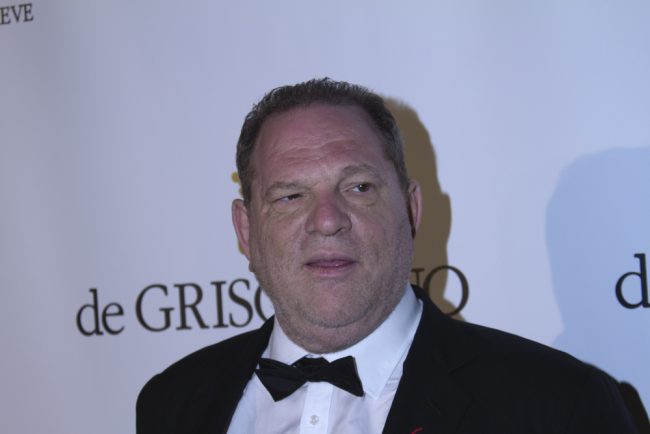 The Hollywood mogul at the center of the widespread sexual harassment and assault allegations is reportedly falling asleep in therapy sessions, claiming conspiracies against him, and “barking” into a mobile phone he isn’t supposed to have.

I wish I could say I was surprised by the reports of Weinstein’s terrible behavior coming out of Page Six, but I’m so far from surprised that I have reached maximum velocity in the state of non-surprise. Page Six is a gossip site, sure, so take everything with a grain of salt—but they also have a long and storied history in gossip, and a lot of well-connected sources. And do you really think a serial harasser like Weinstein would suddenly do an about-face and make a genuine attempt at rehabilitation just because he was finally “caught”? Harvey Weinstein needs to be behind bars, but instead he’s passing his nights in comfort at a hotel and apparently idling away his days, hoping the media storm will pass. According to Page Six:

Weinstein was reported to be at an inpatient facility, but our source says he is actually being treated at an intensive outpatient facility, which allows him to spend nights at a hotel. The clinic offers one-on-one counseling and group therapy sessions, among other treatments.

The source told us, “In one group therapy session, Harvey arrived 15 minutes late. Then, when it was his turn to speak, he launched into a speech about how this is all a conspiracy against him.

The source added that as others at the clinic shared their personal stories, “Harvey fell asleep in his chair. He was only woken up by the ringing of his smuggled mobile phone [which is banned at the facility] . . . Harvey jolted awake, jumped up, immediately took the call and then ran out of the room.”

Weinstein’s no doubt hugely expensive “treatment” is based in Arizona, but it’s unclear to me what any amount of therapy is going to do for someone so vehemently in denial and so obsessed with conspiracies of persecution. He’s apparently moved away from group therapy—what newfound sensitivity, falling asleep while others share their stories—and is now “undergoing individual treatment, and is accompanied at all times by a therapist.”

If I were his therapist, Weinstein’s sense of denial, persecution, and disdain for others would be the first things I’d address. But it strikes me as patently ridiculous that Weinstein, confronted with what’s now more than 40 women on the record accusing him of acts that range from exposure to groping to rape, gets to trot off to “sex rehab” for good optics, as though his problem were on par with other Hollywood figures entering facilities for substance abuse.

Even if Weinstein could be classified as a sex addict—and that’s debatable—the first step in any recovery method is recognizing that one has a problem. Per another source that spoke to Page Six, “He insists he never raped or assaulted anyone, and that all the encounters were consensual. He realizes he has acted like an a–hole, but he still insists he’s not a rapist.” So Harvey Weinstein has gained the self-awareness to classify his actions at “a-hole” level, but is obviously unwilling to take any responsibility for the dozens of claims made that the encounters were anything but consensual. In fact, he’s chalking those allegations up to a big ‘ol conspiracy against him.

That source continued, “He does have his phone, but when he is in therapy, he has to give it to someone else.” Wow, progress is really being made here, when you voluntarily give up your phone during your private therapy sessions. “The characterization of what he said and what happened at the group session isn’t true,” the source finished, but this is also the person relaying Weinstein’s assurance that he never raped or assaulted anyone, so let’s just assume their take on how Weinstein behaved in group therapy is already on shaky ground.

Money and influence don’t disappear even when a figure falls from a position of power, and it’s likely that we’ll see Weinstein lounging around in rehabs for a while. The only people I’m feeling bad for here are his many, many victims, who continue to have their experiences questioned and disparaged by the man who harmed them, and for Weinstein’s therapists, somewhere in Arizona.