Would You Wear This Uhura T-Shirt? 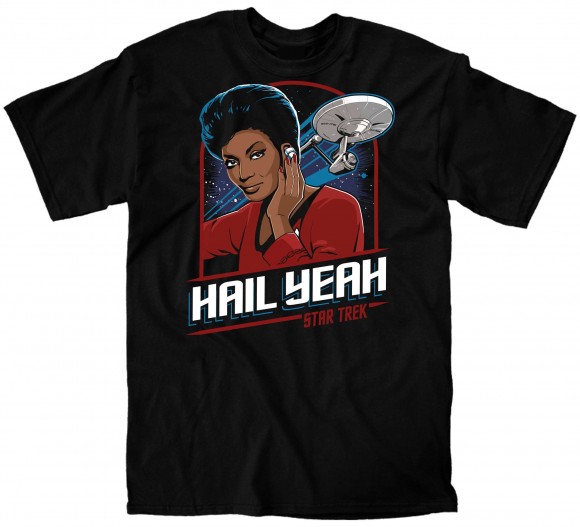 Yeah, yeah you would. Well, if you want to wear it, you should probably head over to We Love Fine and rate some shirts in their Star Trek design contest. The ultimate word on which of the rated finalists lies with the two judges, but don’t despair. A good Uhura shirt still has a chance, since the judges are none other than John de Lancie and Nichelle Nichols, Q and Uhura themselves.