Can Wayward Sisters Shake One of Supernatural's Worst Habits? | The Mary Sue

Can Wayward Sisters Shake One of Supernatural’s Worst Habits? 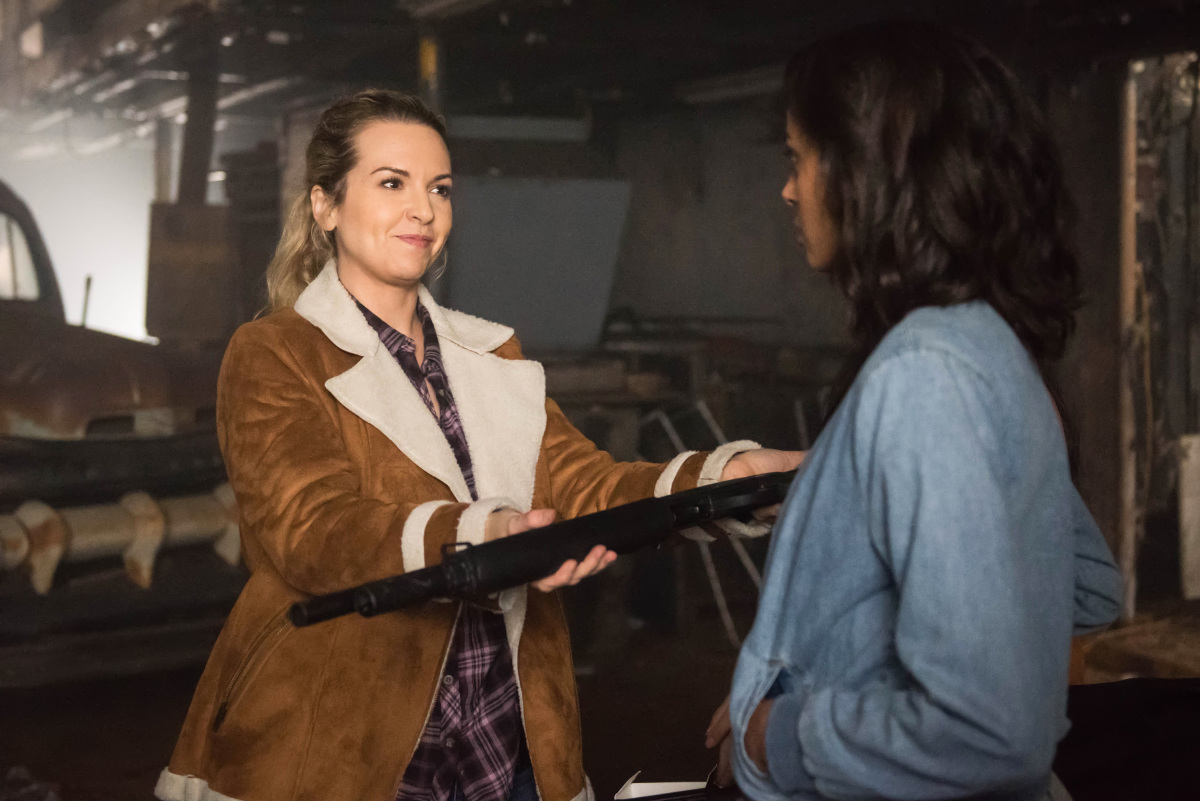 Supernatural spinoff Wayward Sisters has many things going for it: an ardent fan base; solid, compelling leaders in Kim Rhodes and Briana Buckmaster; a rising star in Kathryn Newton. (For a great breakdown of and introduction to Wayward Sisters, check out Jessica Mason’s article). The backdoor pilot in the form of a Supernatural episode carries over many great things from that show and gives us a glimpse at a spinoff that will be worth watching on its own merits. Unfortunately, it also leans on one of Supernatural’s worst, most disturbing habits: introducing a person of color, only to kill them off in service of a white character’s arc.

Color me shocked over #Supernatural‘s backdoor #WaywardSisters pilot offing ANOTHER PoC…and transforming her into something (probably) malevolent. pic.twitter.com/uJgGY3jMnI

Supernatural’s new attempt at a spinoff is exciting for many reasons, not the least of which is that it will finally give fans something they have been asking for for years: a piece of the Supernatural universe where women are safe to thrive as the BAMFs they are. On June 20, 2017, fandom prayers were answered when it was announced that Jody, Donna, Claire, and Alex (Rhodes, Buckmaster, Newton, and Katherine Ramdeen, respectively) would finally have an opportunity to star in a pilot episode for a show of their own.

Alongside the well-earned squeeing, many expressed the hope that Wayward Sisters would offer more inclusive, diverse representation than the flagship show, whose leads have been very white, cis, male, abled, and straight—at least overtly; there’s a reason Supernatural has earned a reputation for queerbaiting. While the original, expected stars of Wayward Sisters are all women, they are also white, but to the delight of those of us with concerns about inclusive representation, the show quickly added Clark Backo and Yadira Guevara Prip to its cast, and it was announced that Loretta Devine would return to reprise her role as Missouri Moseley, a Supernatural season 1 character who made such an impact in the one episode in which she was featured that she makes regular appearances in fanfic. (Don’t ask me how I know. Also, don’t check my bookmarks. Except, if you do, please go ahead and organize them for me, thanks.).

The casting news pointed to the kind of show that would do more than offer diversity as placating tokenism. But then, in the Supernatural season 13 episode in which we are introduced to Backo’s Patience Turner, Missouri was given a few moments of screen time before she inexplicably sacrificed herself to buy Dean Winchester (Jensen Ackles) and Jody Mills the time to reach Patience. The scene in which she was killed was cringey, for one because here again is the trope that Black women not only endure the burdens of others, but they do so quietly and with their head held defiantly high—that a black person with A Talent only matters if what they do benefits the white people around her.

For another, it continued Supernatural’s maddening trend of writing people of color as afterthoughts at best and as disposable at worst. This moment soured me on Supernatural itself, because for all the show’s history of killing off people of color, bringing a Black character back for the sake of introducing a new one and then only letting one of them live (on an entirely different show, no less) was a new low, and set a tone for what fans who are anything other than white can expect from the team that will also be producing and writing Wayward Sisters.

Side note: Hey, Supernatural, please feel free to forget I ever wanted you to bring back Cassie Robinson, okay? 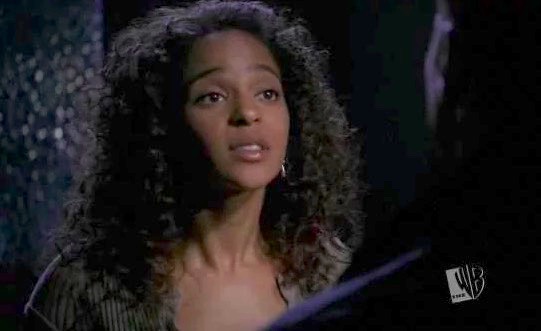 In the episode directly preceding Wayward Sisters, we meet Kaia Nieves (Yadira Guevara Prip), a dreamwalker who can travel between universes. The Winchesters and Jack ask her to take them to the universe in which Mary Winchester is trapped and Kaia, who lives in fear of her power and the worlds to which it transports her, declines. Here, rather than use any of the skills of persuasion that he has honed over the years, Dean threatens Kaia’s life. While we are expected to understand that Dean would be just that desperate to get his mother back, there’s much to be said about how little regard the writers seemed to have for how it looks to have a white man in a position of power and authority shoving a gun in a young brown woman’s face.

With this as the setup to Wayward Sisters, I approached the episode cautiously, but not so cautiously that I didn’t fall hard for Patience and Kaia. I was already sold on these two characters when they were introduced to us. Backo’s Patience is sweet and vulnerable, luminous and smart, and despite how torn she is between accepting her gifts and being the “normal” daughter her father wants her to be, she does what’s right, even when it puts her in harm’s way. Guevara Prip’s Kaia, meanwhile, is easy to root for, and not just because of her backstory, but because the actress imbues her portrayal with so much heart and conviction that you not only see her fear and hope, you feel it in your own bones.

Newton and Guevara Prip have a remarkable, palpable chemistry from the start (and yes, this ship has already set sail), and every scene they share stands out for how compelling they are together, and gives hope to those who want to see a canon ship that is just as openly not-straight as it is not pushed into the shadows. So for all my careful preparation for the episode, the sting of Missouri’s death still fresh, and my mental index of Supernatural’s dead and discarded women and WOC still fit to burst, I let my guard down, feeling that fifty minutes in, it was safe to revel in the feeling of a good start on the road to respectful representation.

Riding this high of goodwill, it’s hard to describe the crash when Kaia’s death squanders all of it. Having experienced it time and again, not only in Supernatural but in so many other shows and movies, there was that familiar spark of recognition that is felt when a fellow person of color is killed off so that a white character can move their story forward. It’s that demoralizing dismissiveness that follows us from screen to real life, that implication that we’re supposed to exist not for ourselves, but as an asset to white society, if we are to exist at all.

Just think back to Kendra the vampire slayer, who the Buffy writers and producers couldn’t fathom simply existing as a Black American woman, so they had actress Bianca Lawson affect the worst Jamaican accent to ever grace television. And as a reminder, Kendra had an underdeveloped backstory involving sacrificing her personal life for the sake of the cause and lasted three whole episodes before dying while helping the rest of the characters—all white—defeat Angelus. Any of this sound familiar? 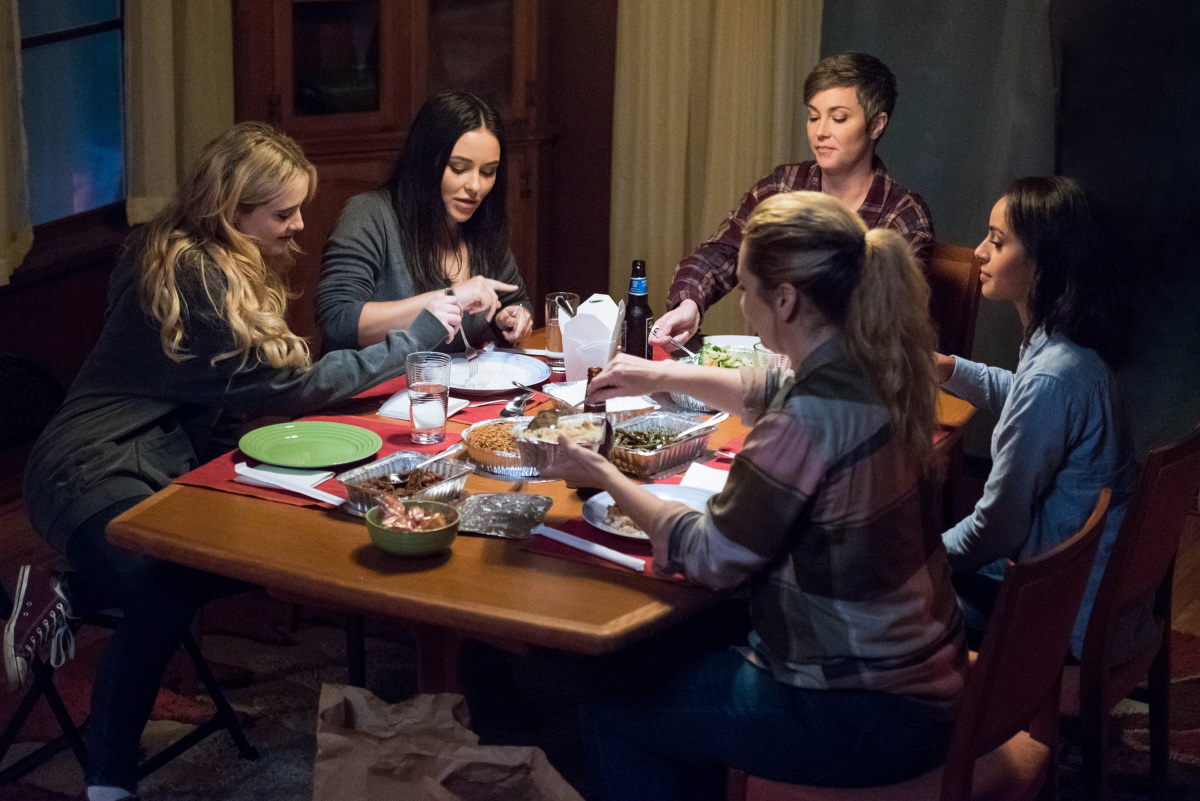 The “Wayward Sisters” episode ends with some version of Kaia coming back from the alternate universe (we don’t know which Kaia this is or whether our Kaia is dead for good), but the sourness that began with Missouri’s death grew, and it soiled what was otherwise a very well-executed pilot episode, backdoor or not. Why, yet again, must a woman of color die? In scripted television, nothing is inevitable. Everything is what the writers make of it, and their ideals and values inform the story. It’s unsettling that, in this show that was born of a fandom desire to have a safe place for women characters to thrive, the first two casualties are women of color. It’s discouraging that the writers and executives are already building a white character’s quest on the death of a woman of color, because it’s an indication of where those ideals and values stand where non-white people are concerned.

Can we hope that if they are picked up as a series they will leave behind Supernatural’s penchant for questionable choices as they pertain to women of color, particularly Black women? The answer does not lie in casting, because you can plug as many people from “diverse” communities as you want into a show, and the problems will remain as long as representation stays in front of the camera and not at the writers’ table or the director’s chair.

For all of my disappointment at the way the writers and producers chose to introduce Wayward Sisters, I do still hope it’s picked up as a series. I want to see this play out if only because I’d love to be pleasantly surprised in the future.

Ok I had reservations and this wasn’t perfect but!!!!! The only way for it to get better is for it to get picked up and then maybe we can get some woc in the writer’s room! Don’t write it off yet please. #Supernatural #WaywardSisters

For me, as a brown woman, the most telling thing is that I’m not achingly sad, and it’s because I’m simply not surprised. I’m tired. I am worn out from the cycle of hoping for representation, having it dangled in front of me, then having it come with conditions I have little choice but to accept because, well, there aren’t a ton of other options. So I will still watch Wayward Sisters, at least at first, to give it a try and hope it improves on Supernatural in its writing of characters of color. But for now, I’m back to the drawing board, wishing for representation for women of color without enduring their unnecessary death.

Carla Temis is a writer, a fan of TV, film, music, inclusive representation, fanfic, and an occasional participant in fandom squeeing. Find her on Twitter @MexiCarli.