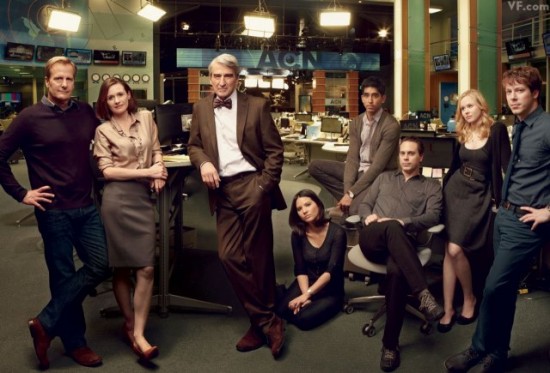 If you didn’t catch the premiere episode of Aaron Sorkin’s new show, The Newsroom, yesterday on HBO, and feel guilty about procuring it via somewhat common, though nefarious means, good news: You can watch the pilot right now, for free, on YouTube.

Posted on HBO’s own channel, it’s clear they’re trying to get the word out about their new show. Unfortunately, they have disabled embedding, so you’ll have to travel through one more link to watch the episode. The new show doesn’t have the boobs and blood that the show it airs after every Sunday, True Blood, does, but at least the main character doesn’t have three supernatural boyfriends at any given time, nor do any of the characters on The Newsroom shoot fairy energy blasts at vampire bar owners and also other fairies who live in fairy dreamland.

Check out the pilot, and make sure to make it past the setup, as the show really picks up after the initial debate in what appears to be a college auditorium. As with all Sorkin shows, you either like Sorkin or you don’t, so you’ll be able to figure out pretty quickly if you should stick with the show or not. If you want further help, check out my review of the first two episodes of the show.