HBO’s The Newsroom Is Pretty Great, If You Like Aaron Sorkin, That Is 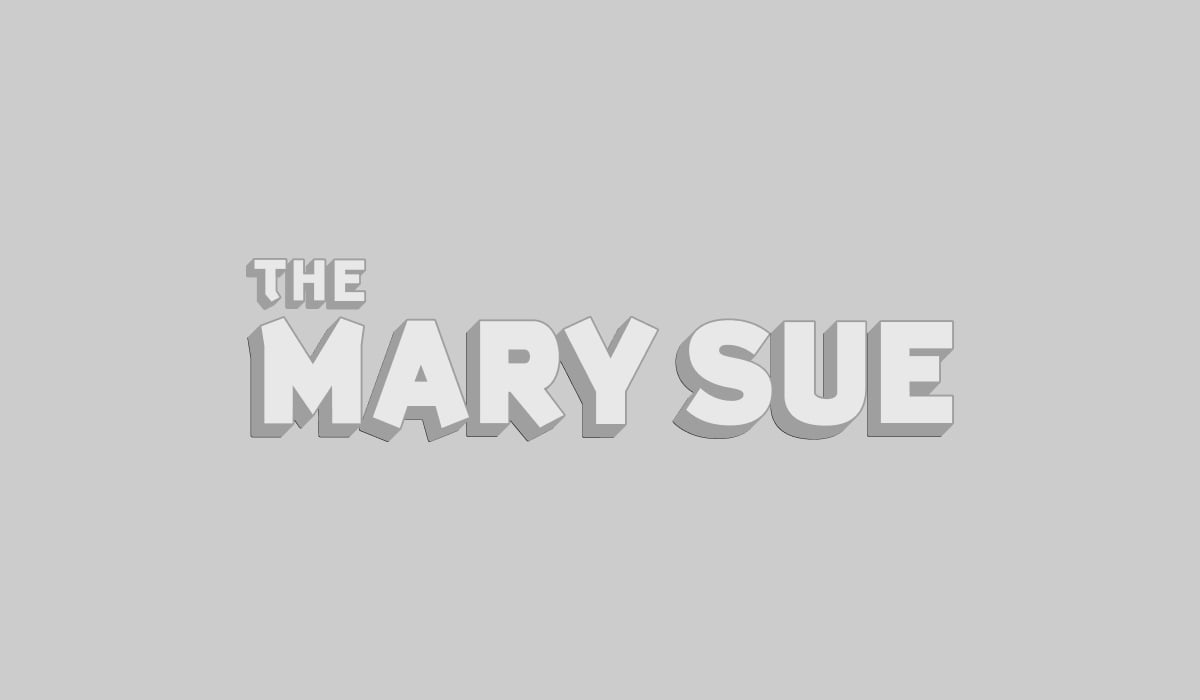 I’m a very big Aaron Sorkin fan, from Sports Night and Studio 60 on the Sunset Strip, to his most recent crowning achievement, the somewhat embellished Mark Zuckerburg biopic, The Social Network. He’s a very good writer, and gets the most out of his actors, arguably more than any other showrunner or supervisor in the business. After Sorkin “left” television following the end of Studio 60 on the Sunset Strip, and with The Social Network being nominated for and winning multiple awards, his return to television looked bleak. Luckily for Sorkin fans, it didn’t actually take very long for him to return, and this time, he’s on HBO, which provides a higher quality audience and isn’t a slave to ratings as much as the networks on which his past shows have aired. The Newsroom airs this Sunday, and if you dig Sorkin’s style, you’re going to love it.

I’ve watched the first two episodes of the series, the pilot airing this Sunday, June 24 at 10 PM EST. The show airs directly after True Blood, another popular HBO show, but for anyone who ends up watching both, the juxtaposition of these two shows that couldn’t be more disimilar from one another is going to be fairly amusing.

For Sorkin fans, The Newsroom is best summed up as a mix between Sports Night and The West Wing. If you know those shows, you don’t really need to know anything else to make a judgment call regarding what to do on Sunday at 10 PM. The fictional news program in The Newsroom is even called News Night. Sorkinisms are all over the show, right from the beginning of the pilot: A fast-talking debate between a liberal and a conservative, with the main character, Will McAvoy — played by Jeff Daniels — quickly pushed into spouting out his own ideals against his will, which fall somewhere in between. Then, like Studio 60, the fictional News Night is restructured and aims at delivering a different kind of show than they’re used to — rather than solely chasing ratings. Within the first ten minutes or so, characters are already scolding other characters about letting people “off the hook,” a prominent Sorkinism. Throughout the next two episodes, characters are doing the walk-and-talk as much as any other Sorkin show, the set is composed almost entirely of glass walls in order to provide a lot of background action, and just about every character is flung into a situation wherein they must blindly trust their peers. It’s Sorkin, alright. The second episode even refers to a charater’s sexy legs — something Sorkin seems to fit into everything he does. 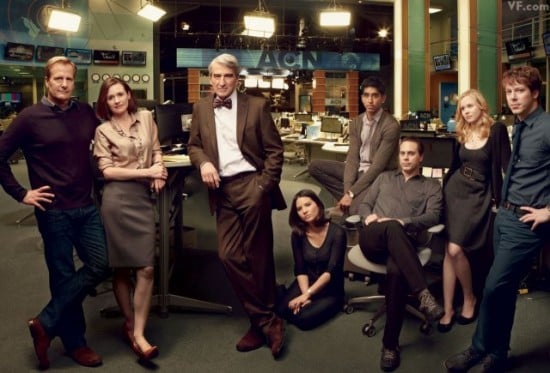 For those who don’t know Sorkin, it’s different than the usual television you watch; that doesn’t mean it’s better, mind you, it just means that it’s different. A very large majority of the show is simply characters talking with each other at a quick pace, and matching their speech with either a stern or adorable facial expression. The shows don’t usually need a visual experience. You can rip the sound from the Sports Night DVDs, throw the audio files on your smart phone, and you pretty much won’t miss a beat unless you like looking at attractive actors. The aforementioned walk-and-talk is heavily employed in Sorkin shows because you can’t just have characters standing around for sixty minutes doing nothing while they converse, which is also why Sorkin shows tend to employ open, spacious sets or glass walls, so the audience can see some sort of action while the main characters stand around.

Love it or hate it, Sorkin shows are about quick, extremely clever dialogue. It usually works out in the shows’ favor, but you have to pay close attention so you don’t miss the quick, clever quips, or the callback to the setup for the callback that happened twenty or thirty minutes ago. However, because every character — even the villains — are basically linguistic (and regular) geniuses, a criticism people tend to levy against Sorkin is that a lot of the characters don’t feel real, since the world seems populated solely by pure, charming genius. Also, nothing ever blows up, and you’re not going to see Anna Paquin have three supernatural boyfriends — and there’s nothing wrong with enjoying those things if you do, but you won’t find them here.

The actors all get the job done, even Olivia Munn, who has gained a bit of notoriety in certain geek circles. Jeff Daniels, Emily Mortimer, Sam Waterston, John Gallagher Jr., and especially Alison Pill are all fantastic, and so is everyone else that rounds out the cast.

I’m not exactly sure where the show is going to go from the first two episodes. It can either be a show-to-show thing like Sports Night (getting better ratings), or something with a larger goal in sight like in Studio 60 (right the wronged ship, granted though, via ratings), but either way, there won’t be a shortage of compelling material, as the show is about the news. After the pilot covered the BP oil spill back in 201o, and after the second episode showed clips of Sarah Palin appearing on news segments, we can assume the show will tackle some amount of real-life news stories the rest of the way.

The Newsroom is a Sorkin show through and through. It has a good home in HBO, in that most HBO shows are largely people hanging out and talking, whether that’s before or after having sex with their mom, or choosing between a vampire, a taller vampire, or a werewolf for a boyfriend. HBO always considers itself the home of higher quality television programming, and Sorkin shows — whether you like them or not — are right up there in quality. Hopefully this one can stay on the air.