Because You Asked: Was There a “Real” King Arthur? 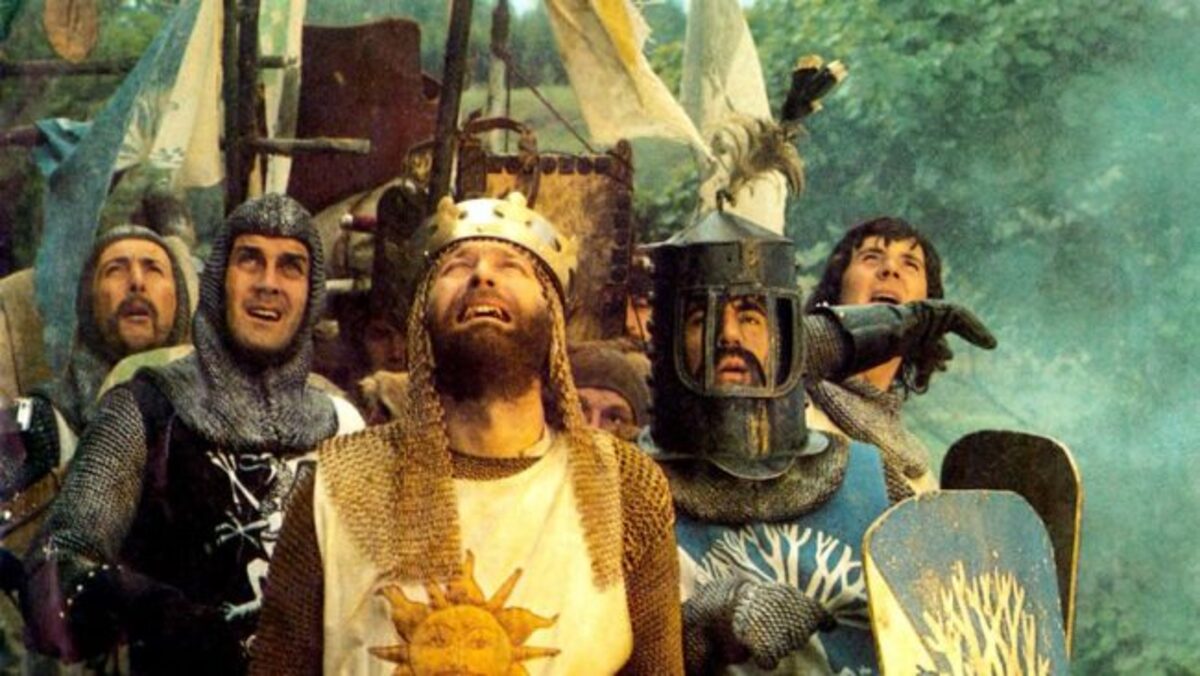 Last week, we talked about how hard it is to adapt the inherently tragic story of King Arthur into a palatable, audience-pleasing Hollywood movie or television show. Our readers had a lot to say about that, and while a few of them objected to my dislike of the movie Excalibur (which I stand by, but if you love it, more power to you), a few others brought up some fascinating points about the “real” King Arthur and the inherent tragedy of his story of a Welsh/Briton king in the face of Saxon invasion, which made me curious. Was there a “real” King Arthur and what do we know about him?

Historians are understandably divided as to if Arthur ever really lived and who he was if so, and there’s a big reason for that. Arthur, if he did exist, lived in the darkest part of the dark ages, a time after the fall of the Roman empire when the people of Europe were more concerned with survival than literacy and creating written records. That’s not to say people didn’t preserve their history or culture, just that no one was writing it down, or if they were, most of the records were lost.

So it’s completely possible that a king ruled the area we now called Wales sometime after the Romans left Britain and fended off the Saxons. Was he a ruler devoted to fairness and might for right who was assisted by a Wizard who turned him into a squirrel to teach him about life … maybe less possible.

Here’s what we know about “Arthur.” If he lived it was possibly during the Saxon invasion of Wales, which we do have some documentation from the historian Gildas. Around 500 C.E. there was a battle against the Saxons at Mons Badonicus (Badon Hills). But there’s no Arthur in that record. There are mentions of a great warrior named Arthur in Welsh poetry from somewhere between the 7th and 10th century, but it’s a passing reference in relation to another Welsh hero, which basically says “he was good, but he was no Arthur.”

In the 9th century, by which time Christianity was far more fully entrenched and thus there were monks writing about everything, there lived a Welsh monk by the name of Nennius (which I will pronounce as Ninny-us because it makes me giggle). He was the author of an influential work known at the Historia Brittonum, which was, duh, a history of Britain or as good of one as a monk working with limited sources in the 9th century could do.

This is where we first really hear about Arthur, and this is the work that forms some of the basis for a lot of subsequent legends, but again, it’s still all very murky. Nennius’ Arthur is more of a Welsh military commander who fought 12 legendary battles, but these actual battles may have been too spread in history out for one man to have been present at. But Arthur certainly was part of the accepted oral history or legends of the past when Nennius was writing, and became even more so by the time we get to what’s really the primary source for the Arthurian legend as we’ve come to know it, a guy you may have heard of called Geoffrey of Monmouth.

We’re not sure whether Monmouth was Welsh or if he just visited the area, but his Historia Regum Britanniae (History of the Kings of Britain) is where we find much of the Arthurian legend. Monmouth claimed that the book, written around 1136, was a translation of an earlier history which only he ever saw, and much of the work is pseudohistory at best. Not only was it the source of much of the myth of Arthur, but it inspired Shakespeare’s story of ancient Britain in plays like King Lear and Cymbeline.

Monmouth’s book isn’t an accurate history, but it’s from Monmouth that we get the story of Arthur’s conception (which bears much resemblance to the conception-by-deceit of Hercules or other demigods) where Uther Pendragon disguises himself as the husband of a married woman, has sex with her and boom, Arthur. This Arthur wielded a sword called Caliburn which would become Excalibur, and there’s no Camelot or Holy Grail or any of that. And the real castle, Tintagel, which Monmouth posits as Arthur’s birthplace, doesn’t provide us with any evidence that such a man was ever born there.

Some historians theorize that Monmouth composited various different heroes of the oral tradition or from lost documents into his Arthur, to create a kind of super-hero. Arthur was Welsh—hero Celt that defended his fellow Britons from the onslaught of the Saxons. His legend became entwined with tales of magic and chivalry, and later became the basis for many tales of courtly love in Thomas Malory’s Morte D’Arthur, written in 1470.

Malory’s Arthur, and so many subsequent reinterpretations of his version, have very little to do with what little we know of any real man named Arthur in Welsh history. Just look at the dates. Thomas Malory is closer in time to us in the 21st century than Arthur in the 6th. There may have been a “real Arthur” but it’s a question that history may never truly answer.

And that perhaps is the great tragedy of King Arthur: the fact that he is a reminder of the massive amount of human history that we have lost and forgotten. There’s so much about the history of Britain, of Europe, of the entire world that we just don’t know. It’s fertile ground for speculation, legend, and fiction, and an enticing mystery for archeologists and historians.

Perhaps one day we will discover proof of a real King Arthur or some other hero of his age. The key to that lost history may wait for us, somewhere hidden, awaiting our discovery, a once and future story of a king.