Warner Bros. Brushes Off Reports of The Hobbit-Induced Nausea 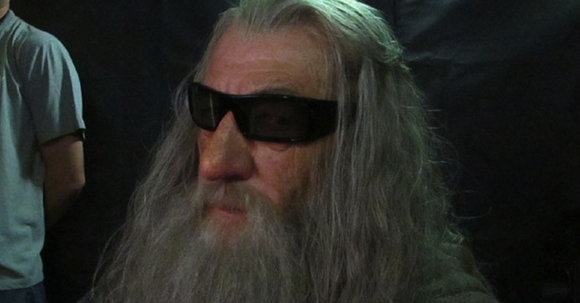 Warner Bros. has responded to reports that the way The Hobbit: An Unexpected Journey was shot—in 3D with a high frame rate (HFR)—is making some moviegoers sick. The gist of what they have to say? “What? No it doesn’t. Look, the movie’s in 48fps. Deal with it.”

In full, the statement reads:

“We have been screening the full-length HFR 3D presentation of THE HOBBIT: AN UNEXPECTED JOURNEY extensively and feedback has been extremely positive, with none of thousands who have seen the film projected in this format expressing any of the issues described by two anonymous sources in media reports. We share the filmmakers’ belief that by offering filmgoers the additional choice of HFR 3D, alongside traditional viewing formats, they have an opportunity to be part of a groundbreaking advancement in the moviegoing experience and we look forward to having audiences everywhere share in this new way of storytelling.”

I think that’s… semi-reasonable. On the one hand, I’m sure some people are going to be made disoriented by the film, even if Warner Bros. doesn’t seem to think so. It’s unavoidable, and it happens with some straight 3D films as well. (Avatar and Breaking Dawn Part 1 reportedly made audience members faint, for example.) Most importantly, only about 1,000 theaters worldwide will be screening the film in the high frame rate, so it’ll be easy enough to see the film in 2D 24fps if you want to or if you have a tendency to get motion sickness or if there’s some issue with your eyesight that stops you from enjoying (or not enjoying, whatever) 3D.

As for the 3D… look, I’m not a big fan. I’ll see animated movies in 3D from time to time, but live-action movies… generally not. Too often the use of 3D is a gimmick, done in post-production so the studio can put “IN 3D!!!!!” on the poster even though the effect in question often doesn’t add anything to (and sometimes detracts from) the quality of the film.

But. Not all 3D movies are Clash of the Titans or Green Lantern. 3D can be done well. Werner Herzog‘s Cave of Forgotten Dreams, a documentary about cave paintings of all things, is one example. Martin Scorsese‘s Hugo is another. The 3D in those is brilliant, and that’s because their directors’ visions included 3D from the start. And I think that’s the case with Peter Jackson, too. As a filmmaker, he’s heavily invested in 3D and HFR and is seemingly devoted to doing it right. If he says HFR makes 3D more immersive and less “HEY, THIS SWORD IS FLYING AT YOUR FACE!”… well, then I’m not going to dismiss the 3D out of hand.

I’ll give it a shot. Even if wearing two pairs of glasses sucks. I was probably going to see The Hobbit in theaters multiple times anyways.