The Hobbit: An Unexpected Journey Makes Some Moviegoers Feel Nauseous, and Not In An “I’m So Excited!” Way. 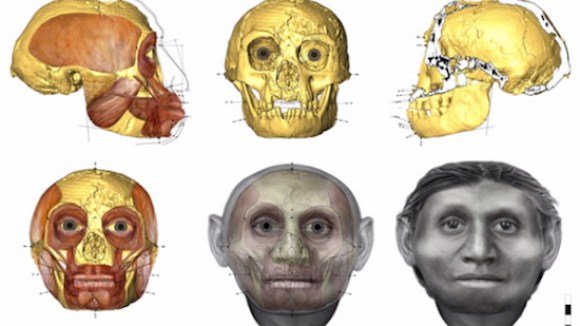 Some fans at an advance screening of The Hobbit: An Unexpected Journey reportedly left the movie feeling sick. Not because of bad storytelling or acting or anything like that (Lawd no!), but because the way the film was shot—in 3D using a higher-than-normal frame rate—can cause dizziness, nausea, and headaches.

The Hobbit‘s use of 48fps, or 48 frames per second, is something that’s been talked about a lot in the run-up to its release. (Though, to be fair, so has just about everything else Hobbit-related.) So what’s the deal with the whole 48fps thing, and why does it matter to members of the audience (presumably you, unless you’re one of the mythical few not interested in The Hobbit)?

Movies are usually shot on 24fps, or 24 frames per second. That’s the way movies have been shot for most of their history, though the advent of digital technology has made it possible to shoot 48fps (or even higher). Peter Jackson‘s a big proponent of 48fps, which gives a smoother, clearer, more fluid look.

But 48fps has caught a lot of flack for the way it makes movies look too realistic, almost plastic-y. A common complaint is that movies shot on 48fps look like soap operas or sports broadcasts, both of which are typically shot in super-clear digital format. Put simply, 48fps just doesn’t look like what we expect movies to look like.

More than that, it can give the eye too much information to absorb, making it more difficult to the viewer adjust to or—as in the case of The Hobbit—causing queasiness. Tweeted one viewer: “You have to hold your stomach down and let your eyes pop at first to adjust.” And another: The visuals work “for the big snowy mountains but in close-ups the picture strobes. I left loving the movie but feeling sick.”

Part of Jackson’s love for 48fps comes from how it enhances 3D, making the image more smooth and therefore easier to become immersed in. (I found myself perfectly immersed in The Lord of the Rings trilogy without 48fps or 3D, but I’ll give Jackson the benefit of the doubt until I’ve seen The Hobbit.)

So, how will The Hobbit: An Unexpected Journey being literally nausea-inducing to some people hurt it financially? It probably won’t. There were also reports of ill moviegoers with the 24fps 3D Avatar and The Twilight Saga: Breaking Dawn Part 1, and both of those cleaned up at the box office. (I found myself getting a bit queasy during Avatar, but that was because of the storytelling.) The Guardian’s Catherine Shoard even posits that the “gross-factor” might even draw curious moviegoers in.

Plus most theaters are screening The Hobbit in good ol’ 24fps, and you can even opt to go to a 2D screening if you want, so it’s not like people sensitive to getting queasy at 3D movies won’t be able to see the movie at all.

I’m not a big fan of 3D outside of animated movies, so I’m a little trepidatious going into The Hobbit because of that. This 48fps thing doesn’t affect my feelings much. How about you?