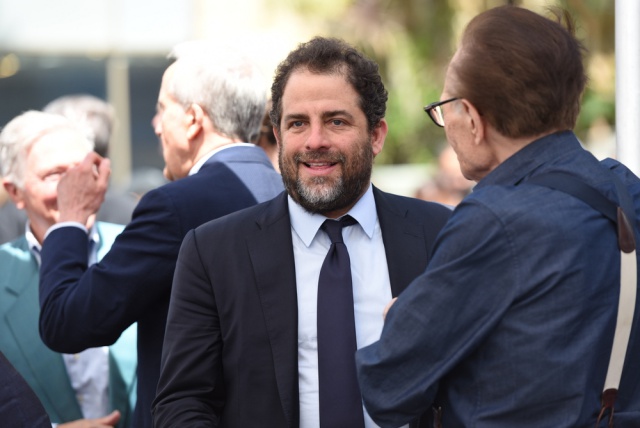 After five women came forward to accuse Ratner of sexual harassment and assault, Warner Brothers have officially cut ties with the director, says The Los Angeles Times, leaving the fate of their $450-million co-financing agreement unclear. To which we have to say, fuck yeah.

Warner Bros. and Ratner have been interconnected for years with the success of the Rush Hour movies and X-Men: The Last Stand. RatPac-Dune Entertainment, since 2013 helped fund films like Gravity and The Lego Movie, which were both major blockbusters. However, Warner was under huge pressure to act and act fact, rightfully so.

Patty Jenkins, director of Wonder Woman, said on Twitter that she was  “extremely distressed to read these terrible allegations” and that “I have never witnessed nor been aware of anything that is now being described. To be very clear, I am definitely not okay with this kind of behavior.”

Playboy is also halting any further plans for Ratner to direct a Hugh Hefner biopic (gag), that Ratner announced he was working on last month.

“We are deeply troubled to learn about the accusations against Brett Ratner,” a spokesperson from Playboy Enterprises said. “We find this kind of behavior completely unacceptable. We are putting all further development of our projects with RatPac Entertainment on hold until we are able to review the situation further.”

Ratner filed a lawsuit on Wednesday  against a Hawaiian woman for libel for accusing him of raping her ten years ago, along with ten women he is claiming are assisting her.

KSDK reports that Melanie Kohler, the defendant, wrote in a Facebook post that Ratner “was a rapist at least one night in Hollywood about 12 years ago” and he “preyed on me as a drunk girl (and) forced himself on me.”

Ratner is seeking punitive damages in excess of $75,000 for the “emotional distress, worry, anger and anxiety” he has suffered as a result of the accusations. He has not made any attempt to sue the other actresses who have accused him.

It is great to see Warner Bros., Amazon, and Netflix have decided to step up and drop these predators putting integrity (and let’s be real public image) first.