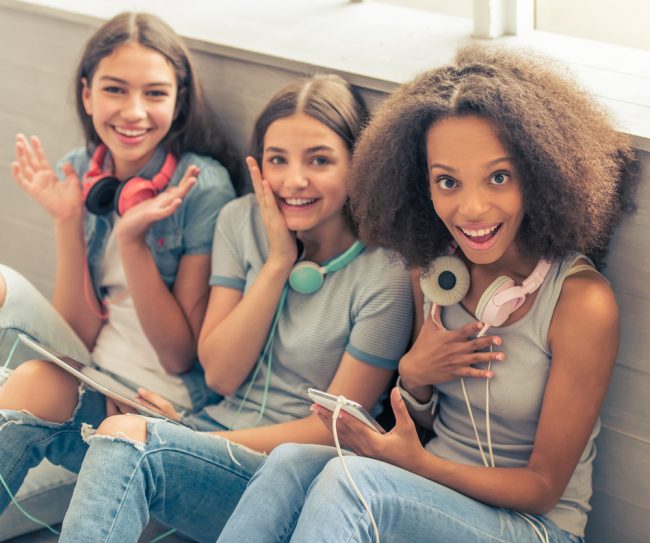 Summer weather’s heating up, which means we can be sure of one thing: That high school girls everywhere are having some bullshit encounters over their school’s dress code. There are a lot of things I don’t miss about middle and high school, but trying to wear a damn tank top in peace in not one of them.

School dress codes have gotten a lot of attention in recent years, along with plenty of other situations that shame girls simply for having bodies. (United leggings incident, I’m looking at you.) Dress codes inevitably target women and girls’ bodies disproportionately over men and boys’. And the typical dress code is a blanket one-size-fits-all prescriptive mandate, despite the fact that clothing, in general, is distinctly not one-size-fits-all. Tall girls, curvy girls, all sorts of girls can have trouble fitting into these uncompromising guidelines that then end up shaming them simply for having breasts or legs or anything else they have no control over.

The big problem with school dress codes is that purportedly, their entire function is to eliminate “distractions” from a place of learning. Who, pray tell, is being distracted by thighs and bra straps? Well, we know the answer to that. And so do the girls being targeted.

A group of girls in Alberta, Canada have written a response to their high school’s dress code, and posted it their school bathroom.

“When you interrupt a girl’s school day to force her to change clothes,” it reads, “or send her home because her shorts are too short or her bra straps are visible, you are telling her that making sure boys have a ‘distraction free’ learning environment is more important than her education. Instead of shaming girls for their bodies teach boys that girls are not sexual objects!!!”

CNN reported on the sign, which you can see pictures of on Canadian news site Global News. The girls’ sign was met with a response letter posted in the school’s boys’ bathroom. And, look, I don’t want to shame teenagers, but, well, here’s what they wrote:

“When you wear little to no clothing and dress provocatively because it’s ‘too hot out’ or because you think it’s ‘attractive,’ you are putting boys at risk of having a distracting working environment and saying ‘Your clothing is more important than their education.’ Instead of dressing like a THOT, value the male education and dress conservatively.”

That’s awful. But, unfortunately, it’s not exactly surprising. And the existence of restrictive, body-shaming dress codes only reinforce the idea that girls’ bodies need to be hidden to comply with boys’ fabricated needs. These boys give being “too hot” and wanting to be “attractive” equal weight, with equal dismissive quote marks. Girls’ comfort is written off as inconsequential, something liable to get them branded a “ho” (the h in that acronym if you don’t speak Gross Teenager). When schools put the burden of keeping boys’ minds clear on young girls, it’s not just telling the girls their bodies are shameful and that their needs aren’t as important as boys’. It’s sending that message loud and clear to those boys, as well. It’s giving them tacit permission to voice an opinion on what girls wear, and to use harmful, derogatory language in regard to their female peers.

The school told CNN that they encourage this discussion among students (although they don’t approve of the slurs), but it doesn’t sound like they’re planning to change the dress code any time soon. For one thing, they say this is “kind of a preparation ground for the world of work” since “many students will find there is a dress code where they work, depending on the kind of work they go into.”

Right, and sexist, restrictive, outdated dress codes are also regularly a problem in the workplace. It takes women shining a light on the issues that affect them–just like these girls did–for those things to change.