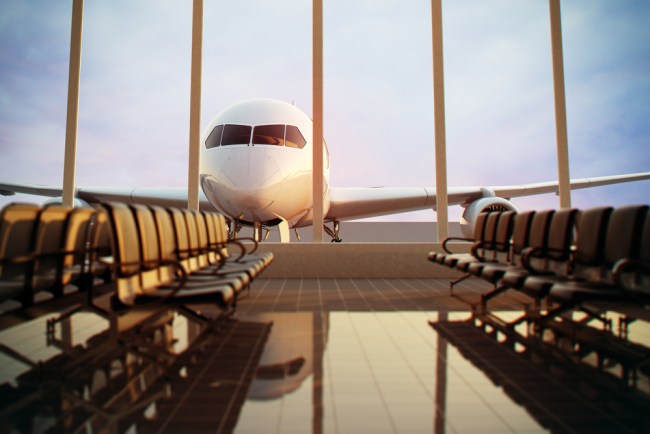 This story is still developing, but United–delivering on its brand promise as America’s absolute worst airline–has apparently added sexist nonsense to its many other sins. A gate agent reportedly banned young girls from boarding a flight from Denver to Minneapolis because they were wearing grey leggings.

Shannon Watts, the founder of gun control advocacy group Moms Demand Action for Gun Sense in America, tweeted the following from the Denver gate, where she was waiting to board a flight to Mexico:

1) A @united gate agent isn’t letting girls in leggings get on flight from Denver to Minneapolis because spandex is not allowed?

2) She’s forcing them to change or put dresses on over leggings or they can’t board. Since when does @united police women’s clothing?

3) Gate agent for flt 215 at 7:55. Said she doesn’t make the rules, just follows them. I guess @united not letting women wear athletic wear?

Watts later clarified that the young girls were white, and one of them was only 10 years old.

As is United’s wont, they responded with risible, tone-deaf customer service, tweeting the following response to Watts:

@shannonrwatts In our Contract of Carriage, Rule 21, we do have the right to refuse transport for passengers who … https://t.co/52kRVgaCyb

They then blanket-tweeted this response to all further inquiries.

@geesemom UA shall have the right to refuse passengers if they are not properly clothed via our Contract of Carriage. ^FS

Eventually, someone with basic PR experience must have been called over, and United offered this more specific, concrete explanation for their treatment of the girls:

@shannonrwatts (1/2) We appreciate you being our eyes and ears. The customers this morning were United pass travelers.

@shannonrwatts (2/2) There is a dress code for pass travelers as they are representing UA when they fly. ^KP

Watts had the perfect response:

1) 3 girls inspected for wearing perfectly acceptable leggings. 2 not allowed to board. I don’t care what kind of passengers they were. https://t.co/9VwGKgvWys

2) This behavior is sexist and sexualizes young girls. Not to mention that the families were mortified and inconveninced.

3) As the mother of 4 daughters who live and travel in yoga pants, I’d like to know how many boys @United has penalized for the same reason.

Whatever type of ticket these girls had, it’s still trash behavior to police the clothing of 10-year-olds. And yes, there are much bigger issues with U.S. airlines right now: the Muslim ban (2.0), “random” screenings, the TSA’s sexual-assault body searches, etc. But this is still an egregious example of the ways that girls are randomly policed and inappropriately sexualized. This is how we teach girls that their comfort is disgusting, that their shame should be paramount, and that their bodies are not their own.

I expected about a thousand tweets of leggings-wearing women on United’s competitors in 3,2…