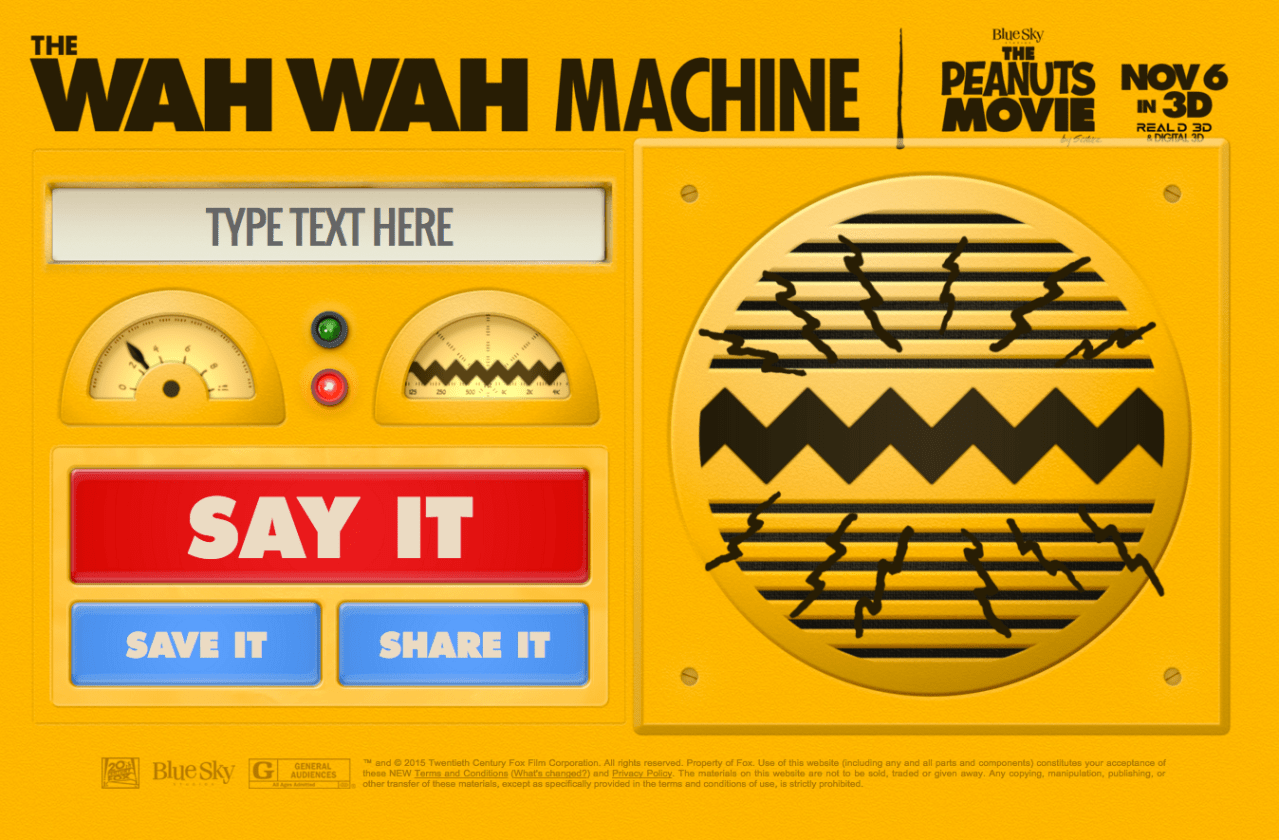 I’m really liking the marketing team for The Peanuts Movie, who are so good at bringing me things I didn’t know I needed. First they had the Peanutize Me! Character Creator and now they’ve introduced The Wah Wah Machine, which allows you to type things and translate them to the adult wah wah sounds. There’s something weirdly therapeutic about translating horrible Donald Trumps quotes into the Wah Wah Machine. Give it a try! If only all offensive statements could just be a soothing “wah wah wah.”

Also, remember when I said that the adult narrator in the trailer was throwing me off? Well, Trombone Shorty just announced that he’d be “voicing” all the adults in the movie. What did you put in your Wah Wah Machine?