Voucher Schools Can Teach Whatever They Want | The Mary Sue 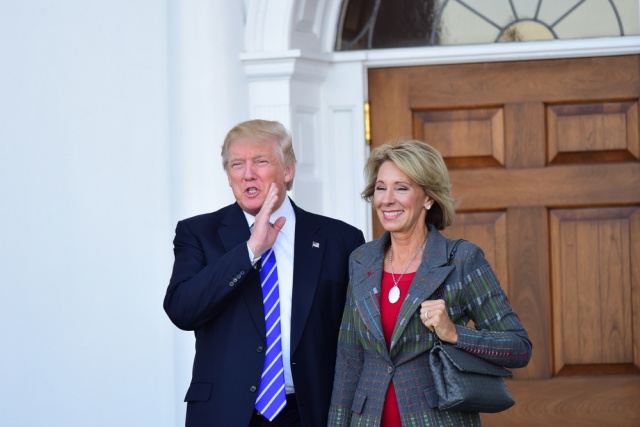 One of the big agenda issues pushed by Betsy DeVos and the Trump administration about education is allowing parents more “choice” in where they send their children to school. While that on the surface sounds like a reasonable desire, what it is really about is allowing tax-payer money to pay for religious private schools that have the freedom to teach whatever they want. Huffington Post did an investigative piece on this issue and what it managed to find was upsetting.

So what are voucher programs? Basically, voucher programs offer publicly funded financial aid to parents for private schools. They usually get this money from individuals and corporations who donate money to a “scholarship granting organization” that can then be used to provide scholarships to private schools. The people who donate this money get a tax credit for it.

Doesn’t sound too terrible or nefarious yet. Well, within these private school choice programs no one is tracking the type of curriculum that is being taught, including religious schools. HuffPo found that:

About 75 percent of voucher schools across the country are religious ― usually Christian or Catholic, with about 2 percent identifying as Jewish and 1 percent identifying as Muslim. There were gray areas: At least six schools identified as non-religious but used a curriculum created by the founder of the Church of Scientology, L. Ron Hubbard.

The majority of these schools are non-Catholic/Christian institutions and their textbooks come from Christian textbook companies: Abeka, Bob Jones University Press, and Accelerated Christian Education. These texts are filled with biased and ultra-conservative information like the following: 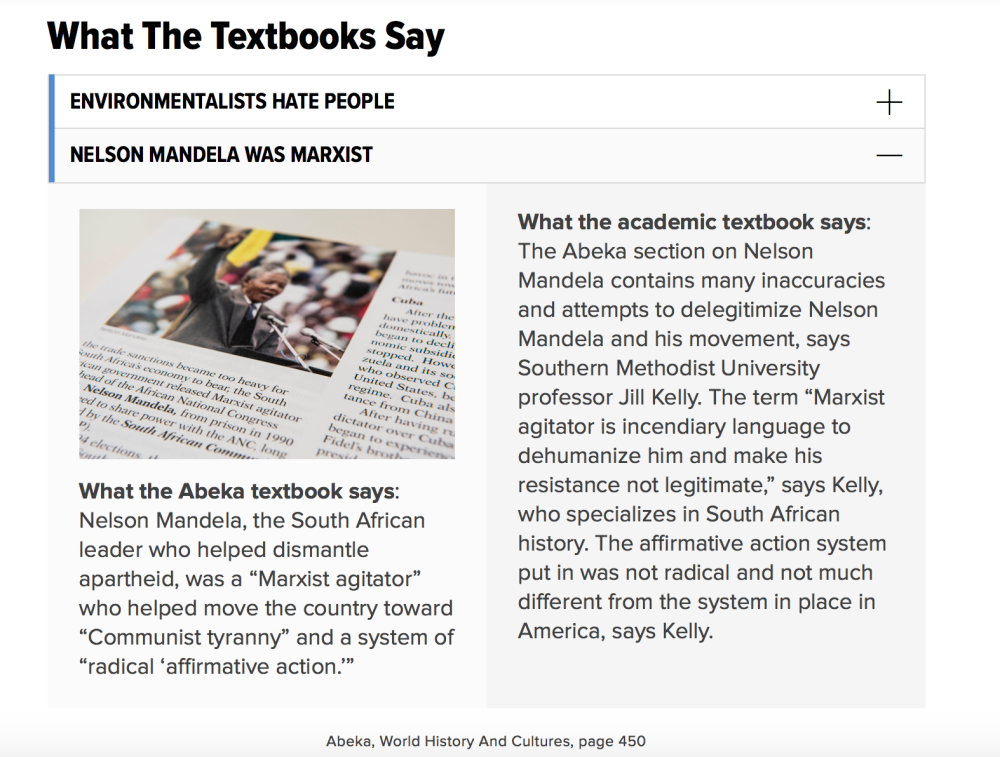 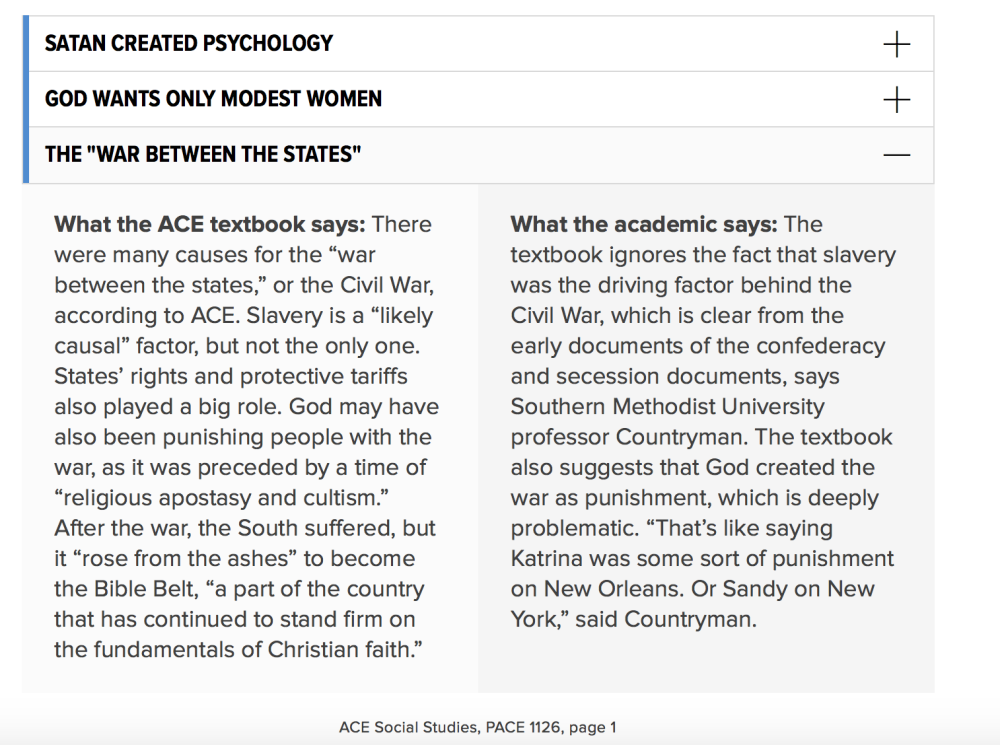 If I were to get into everything that is discussed in the Huffington Post piece this article would become insanely long and honestly, the entire article is an excellently researched and well-sourced piece that reminds us all why good long-form journalism is super important. However, what is terrifying about what is going on is that tax-payer money is being used to misinform students.

Now, if parents want their children to be taught that Nelson Mandela was a Marxist and that the Civil War was “likely” fought over slavery but totally not the only reason, then they can do that. But they should pay for it themselves. My mother worked her ass off to put me through Catholic school from Pre-k all the way to High School (not a choice I would have made, but I appreciate the effort ma) because for her putting me into Catholic school was a way to keep me safe. Which meant she was making the choice to spend money on my education rather than get me a free one.

Additionally, I don’t want to pay into a system that is bullshit and not preparing these students for life outside of their bubble. Ashley Bishop, the human element of the story, talks about how growing up she was taught “to dance was to sin, that gay people were child molesters and that mental illness was a function of satanic influence. Teachers at her schools talked about slavery as black immigration, and instructors called environmentalists ‘hippie witches.'”

No. Thank. You.With all the underfunding going on in public schools that exist already, I do not want more money to be taken away in order to allow evangelical schools to teach that slavery was “black immigration.” Many pundits spend time wondering how certain voters can vote against their own best interest, this is why. When you give them the wrong information all the way up until high school, an environment is created where people are stuck in believing things that any information-no matter how well-researched because a part of an agenda meant to turn Evangelicals into martyrs against a sinful America.