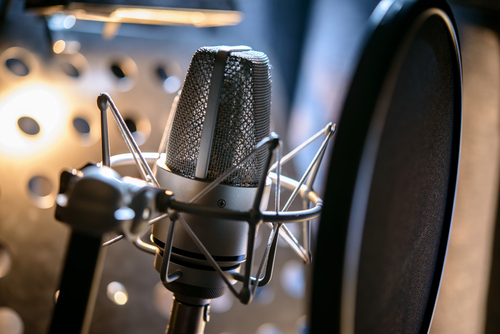 Voice acting isn’t easy work. It might seem easy on the surface, but it can prove to be just as difficult and demanding as traditional acting. Now, according to a letter from David White, the Screen Actors Guild’s national executive director, we’re learning just how grueling voice acting work can be. The letter, addressed to the Occupational Safety and Health Administration, specifically refers to video game voice acting, calling it “unsafe,” and “vocally stressful.” Calling for an investigation into industry standards and practices, White writes, “Increasing numbers of voiceover actors are reporting that they are experiencing both short-term and/or long-term damage to their vocal cords, due to the intensity of the vocal demands put on to them by the employers.”

He went into more detail, writing, “For up to four hours, actors are asked to perform not just voices, but noises, death screams, creature voices, combat yelling and other sounds, with so much force and explosive vibration, that they are causing internal damage to their vocal cords. ”

Scary, no? The letter goes into even more detail than that. White cites the findings of Warren Line, Jr., MD, an otolaryngologist (ear, nose, and throat doctor), and Linda Dominguez-Gasson, MCD, CCC-SLP (speech-language pathologist). They’ve both documented the damage that can occur to voice actors’ vocal cords under the demanding needs of their clients. According to their research and documentation, “the vocal stress from video games is causing medical problems that include vocal nodules, cysts, polyps and, in some cases, cord hemorrhaging.”

Compounding the problem is the fact that many voice actors are freelancers, just like many writers, artists, and creatives of all types. Being a freelancer can often result in unreported occupational hazards, as someone who’s hired for a contract doesn’t want to “rock the boat” so to speak and risk being let go.

This letter provides an interesting peek into the often unseen world of voice acting—it is, after all, by its nature an “unseen” profession. We often appreciate and know quality voice work when we hear it, but the labor and stress that goes into creating those incredible performances doesn’t get talked about a lot, and that’s a shame. One hopes that this letter could lead to more positive changes within the industry, and that more consideration can be paid to the well-being of the actors behind some of our most beloved characters.

(via Polygon, via Shutterstock/Stock Image)