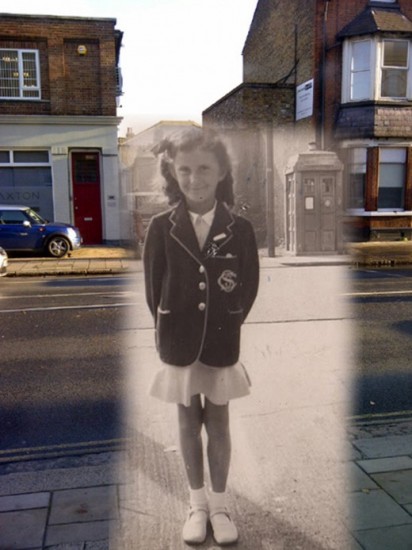 TARDIS stands for time and relative dimension in space but in these pictures that concept is realized literally. Mark Dando took vintage photographs, mixed in images from Google street view and voila! TARDIS sightings around London. Hit the jump to see where (and when) else the famous blue lady has shown up!

The pictures were posted on Retronaut under the heading, “Ghosts of the TARDIS, 1930-2011.” Not to spoil the magic, but the vintage photos are of actually British police boxes, which the TARDIS was modeled after. But still, it’s pretty cool imaging the TARDIS in two times at once. Of the image above, Dando wrote:

My office is situated directly opposite and when I first saw the original photo of the girl (she was called Brenda) standing with the Tardis n the background, decided to see if I could timeslip it. Imagine my surprise when I realised that the original photo was taken pretty much from where my office window now is! It was my first Timeslip image and is still my favourite! 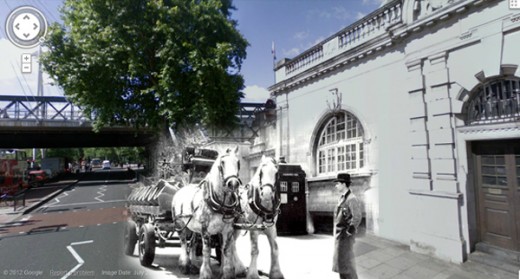 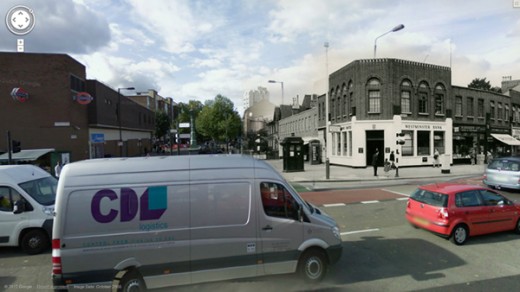 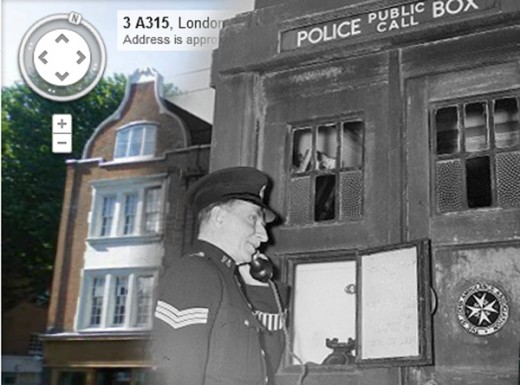 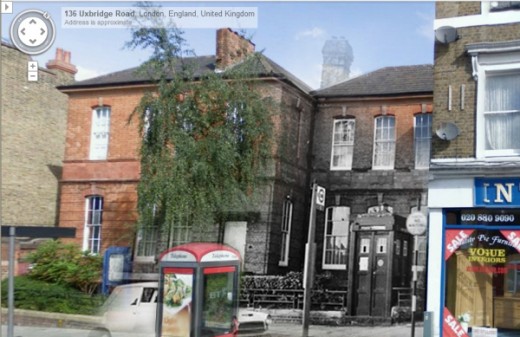 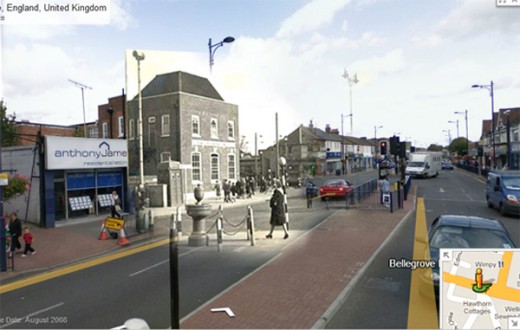 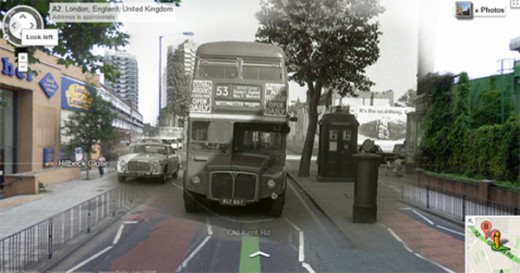 Pretty cool work if you ask me.

(via Companions of the Doctor)