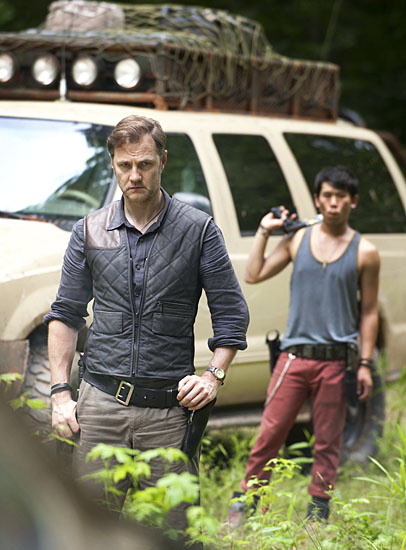 Oh, it’s a good morning for next fall’s awesome television offerings. First up, the first official picture from AMC of David Morrissey as the Governor in The Walking Dead. Readers of the comic, I have a feeling I know what you’re thinking, and it’s along the lines of, “Wait a second, really??” After the jump, more details about the Governor, and see the first official (read: posed) picture of Matt Smith and his new companion, played by Jenna-Louise Coleman. It’s never too early to get excited about the fall (especially if you hate the heat)!

Indeed, this is what the Governor looks like in Robert Kirkman‘s comic: 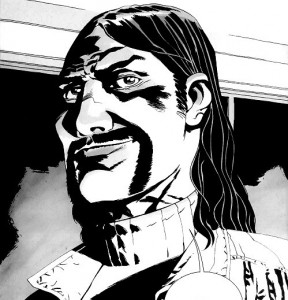 So, Morrissey is clearly indicating a shift from the original story (as far as appearance goes), but that is not something to which we are unaccustomed at this point in the game. Besides, Kirkman vows to keep the Governor just as nasty as he was in the comic, as he expressed to TV Guide:

And now, more details about Doctor Who. Without any further ado, here is the pic: 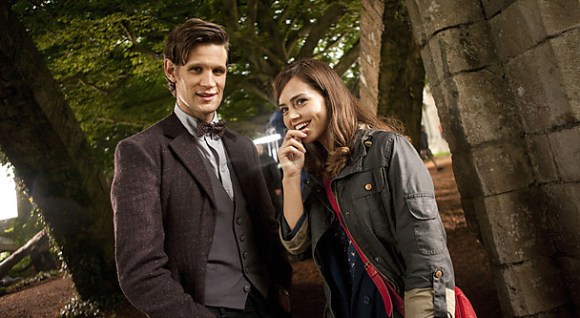 Earlier we brought you some set pics with the Doctor and his new companion, who is believed to be called Clara. But the picture above, posted on the BBC’s site this morning, if your first officially official photo. Smith provided the following quote on what they’ve shot so far:

“It is going well. Jenna brings a really different energy to the show –- one which I think is very interesting.”