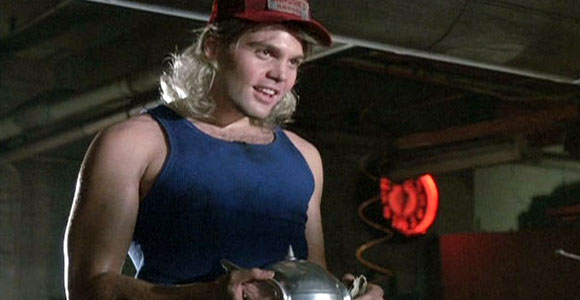 No, not that one.

Actor Vincent D’Onofrio, a staple in the Law & Order franchise, is going to find himself on the other side of the bench pretty soon. He’s joined Marvel’s first Netflix series, Daredevil, as Wilson Fiska aka, “The Kingpin.” You may remember the character previously brought to life by the late Michael Clarke Duncan in the live-action feature film adaptation.

Marvel.com, who inexplicably decided to use a mugshot of the actor in their announcement post, write “D’Onofrio will play Wilson Fisk, a powerful businessman whose interests in the future of Hell’s Kitchen will bring him into conflict with the blind attorney Matt Murdock and his alter ego Daredevil.

Daredevil, we recently learned, will be played by Boardwalk Empire actor, Charlie Cox.

“We’re incredibly proud to have an actor with the gravitas and versatility of Vincent joining ‘Marvel’s Daredevil’ in such an integral role,” said Jeph Loeb, Marvel’s Head of Television. “Wilson Fisk is an iconic villain whose cunning and power make him the dangerous equal of our hero.”

I absolutely adore D’Onofrio and so am very excited to see what he’ll do with the role. What about you?