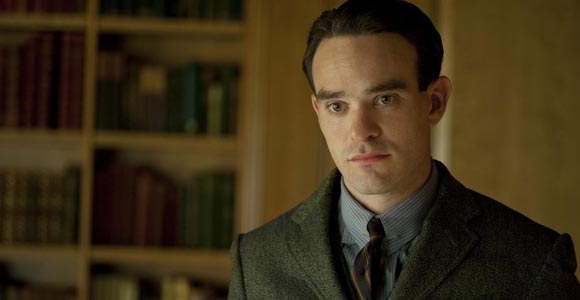 You might also know him as dreamy Tristan from Stardust or despicable Philip, Duke of Crowborough from Downton Abbey but soon audiences will know actor Charlie Cox as the Man Without Fear, Daredevil.

Marvel officially announced the casting of saying “Cox will play Matt Murdock, the lead role in this all-new Marvel Television series. Blinded as a young boy but imbued with extraordinary senses, Matt Murdock fights against injustice by day as a lawyer, and by night as the super hero Daredevil in modern day Hell’s Kitchen, New York City.”

Ben Affleck, our soon-to-be Batman, was the second to play a live-action Daredevil in the 2003 film also starring his future wife Jennifer Garner. Garner went on to headline a spin-off film for Marvel, Elektra, in 2005. A lot of comic fans would rather forget both but Marvel gets a second chance with the first of their original series deals with Netflix. They’ll also be producing series for characters Jessica Jones, Luke Cage, and the Iron Fist, leading up to a mini-series event bringing them all together for The Defenders.

I can’t say I had anyone in particular in mind to play Daredevil but I’m excited by the choice. Especially considering there’s been a pair of shakeups in Marvel projects recently. After Edgar Wright and Marvel parted ways on the Ant-Man film he’d been working on since 2006, Drew Goddard stepped off Netflix’s Daredevil in favor of Sony’s Spider-Man spin-off The Sinister Six. Steven S. DeKnight has replaced him as showrunner but Goddard will remain an executive producer.

What do you think of the casting?