The True Villainy of Fictional Eco-Terrorists | The Mary Sue

The True Villainy of Fictional Eco-Terrorists

Despite what they say, they’re not saving the world. 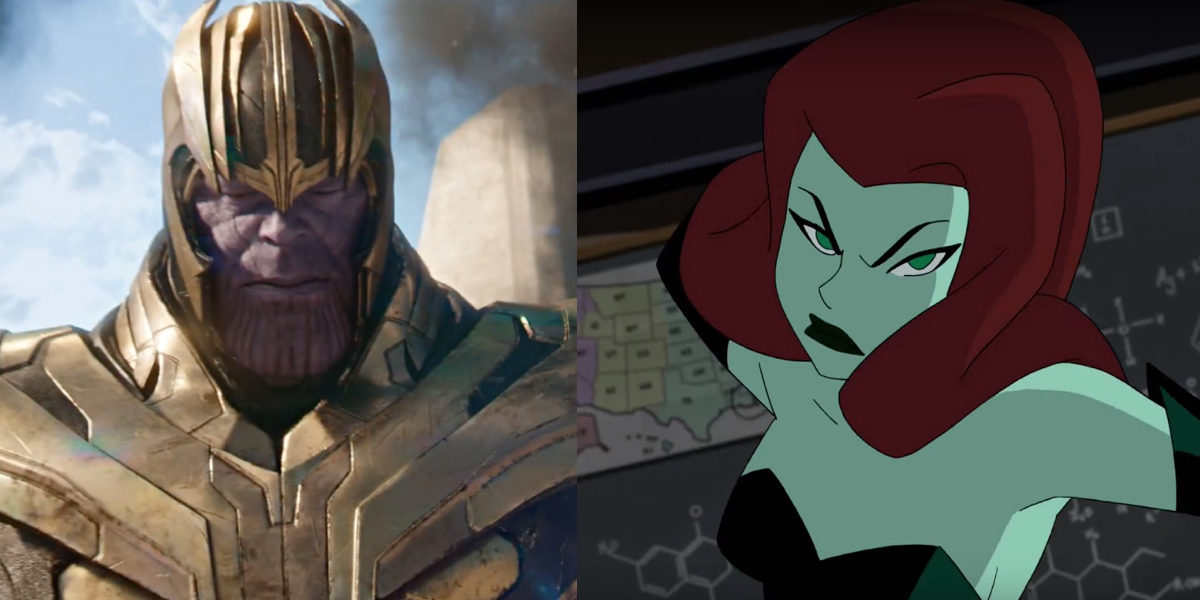 It seems that more and more frequently, villains in blockbuster action films are being made into “eco-terrorists” as shorthand for them being “well-intentioned extremists,” in an attempt to give them “understandable” motives. However, filmmakers very rarely develop the villains or discusses actual environmentalist principles and philosophies, such as overpopulation (too many people for limited resources) vs. overconsumption (too much consumption of limited resources).

Over the past year, “Thanos is right” has become somewhat of a meme, and his plan in Marvel’s Avengers: Infinity War is somewhat more balanced than other villains’, but even then, Thanos’ philosophy is flawed as it is based on one planet’s downfall. He doesn’t take into consideration that maybe not every planet is near collapse due to “overpopulation,” nor how curbing overconsumption could also fix the problem, or just creating more resources with his magic glove.

His concept of what’s fair is also skewed, harming everyone equally despite how the problem he’s attempting to address is systemic even when it does exist. He even specifically mentions that a benefit of his plan is that it affects “rich and poor alike,” but that “dispassionate,” context-free approach of holding everyone equally accountable really means his “perfectly balanced” consequences will wind up being disproportionately harsh on the disadvantaged, who aren’t the ones causing the problem—never mind the question of quality vs quantity of life. (Thanos may have been the only person in the Marvel Cinematic Universe who did not lose someone to the Snap.)

Some people liked Thanos’ complex motives so much that they have lauded his character in Avengers: Endgame as “devolution” from his “complex character arc” in Infinity War. However, I appreciate Endgame more as it makes it clear that, behind his justification for his actions, Thanos is a megalomaniac with a god complex who would rather destroy the entire universe than see the universe defy his will and actually make it a good place for everyone to live.

Richmond Valentine of Kingsman: The Secret Service, thankfully, hasn’t received nearly as much misguided admiration, as his plan is much less egalitarian and even less thought through. Killing the poor to save the rich would likely topple the pyramid structure required to keep the rich comfortable; without miners and maids, who provides for the rich?

While there is some commentary in having low-born Eggsy be the one to take the self-made millionaire Valentine down, the classism of the overpopulation argument is never discussed and is also exacerbated by the racism of making the villains the only POC in the movie .(POC and developing countries are the typical targets of the overpopulation argument, hence why it’s become a somewhat outdated/biased argument.)

Alan Jonah and Dr. Emma Russell (Godzilla: King of the Monsters) are especially egregious, since they kill thousands of Mexican civilians by raising Rodin (to say nothing of the devastation caused by raising the other Kaiju), when there was no reason they couldn’t wait for the area to be evacuated. Dr. Russell even gets a rather undeserved redemptive death, and that’s only after her teenage daughter almost dies trying to right her mother’s wrongs. Thousands of brown lives carelessly thrown away, and yet, the white woman still gets to be the good guy at the end.

Of course, there have been and continue to be environmentalists who have done more harm than good by advocating practices that negatively affect the marginalized and the poor, a.k.a. the people who will also bear the brunt of the harm caused by environmental degradation and climate change. From vegans who care more about the cattle in slaughterhouses than the migrant workers picking quinoa to forced sterilization in countries facing actual overpopulation, racism and classism color every environmental problem and solution we face. But the lack of conversation and the portraying everything extremes does not help get across the fact that there is no one easy solution to any environmental problem.

Action movies, monster movies and comic book movies have all shown themselves capable of delving deep into issues of morality, responsibility, and justice. So, why is there so little discussion of actual environmental ethics and sustainability philosophies?

If movies want to make compelling villains with truly interesting philosophies, then at the very least, they could actually have the heroes challenge those philosophies with ideas of their own. Alternatively, the heroes who actually care about saving the world could reveal the flaws in the villains’ plans, or have them reveal their true colors as narcissists who believe Earth and her people are theirs to help and harm as they see fit, much like the people who cause these problems in the first place. True environmentalism is about helping the Earth by helping humans and vise versa. As it is, the trope of the “villainous environmentalist” is a missed opportunity at best, and outright harmful to peoples’ perception of what environmentalism is, and can be, at worst.

Poison Ivy: “They’re killing our world. What else can I do?”

Harley Quinn: “I don’t know, vote Democrat, give money to GreenPeace … anything’s better than turning us all into walking brussels sprouts.”