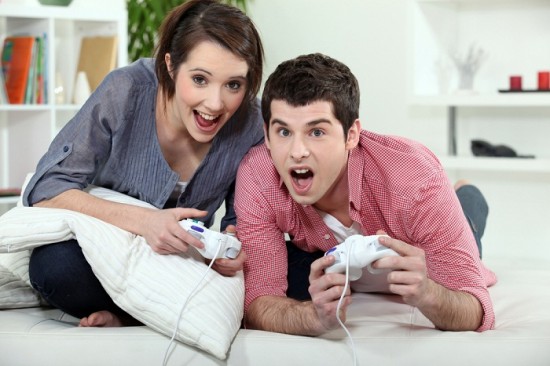 Pretty much from the start of video gaming, but particularly since games like Doom, there’s been a big hubub about violence in video games. Critics seem to believe violent video games are sure to cause aggression in children who play them and — despite the fact that video games, like movies, are not all made for children — that video games should be subject to additional taxes or covered with fallacious warnings as a result. A new study from researchers at the University of Gothenburg in Sweden, however, suggests even the most violent of video games actually promote cooperation and encourage gamers to control their aggression.

The paper, “How gamers manage aggression: Situating skills in collaborative computer games” published in International Journal of Computer-Supported Collaborative Learning, concerns the results of violent video games, specifically ones with a strong cooperative or competitive focus.

According to Science Daily, the data collected included first-hand experience from the research group, observation of third party gamers, and video recordings. What the researchers found was that even in particularly violent games, success involves cooperation with teammates in order to kill other players (in competitive play) or NPCs (in co-op). Successful gamers tend to be relatively calm and stragetic, whereas gamers that do exhibit aggressive behavior, tend to perform poorly because no one wants to play with them.

“The situations gamers encounter in these games call for sophisticated and well-coordinated collaboration. We analysed what characteristics and knowledge the gamers need to have in order to be successful,” says Jonas Ivarsson, one of the study’s authors and Docent at the Department of Education, Communication and Learning.

It actually makes a lot of sense when you think about it. Behaving aggressively outside the game’s universe is generally not encouraged by games. Regardless of how many enemy soldiers you may be slaughtering, you’re going to have to be polite to the squadmates you’re murderin’ with if you want to continue playing and continue playing well. On the other end of the spectrum, there are no video games that come to mind which reward players for swearing at their opponents or throwing their controllers at a wall.

According to the researchers, the whole issue comes down to that of “transfer.” That is, situations in which knowledge or behavior in one situation is able, or likely, to be applied in another. Transfer is a big part of teaching; How can you teach a kid in a way that he’ll apply it elsewhere on his own? With violent video games, it’s a question of whether or not this violent behavior is something that’s likely to be taken away from the games and applied elsewhere.

Ivarsson thinks it is not: “In a nutshell, we’re questioning the whole gaming and violence debate, since it’s not based on a real problem but rather on some hypothetical reasoning.”