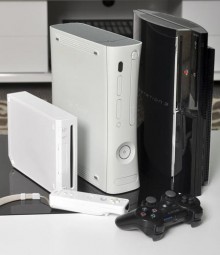 As if there wasn’t enough video game hacking out there, the U.S. Navy just arranged for a little more, and paid over $100,000 for it. No, they’re not looking to boost their kill-death ratios in MW:3 by using wall-hacks or something. Instead, they’re hoping these hired hackers will be able to help them intercept useful inteligence that is being communicated by console messaging services. That’s right: They want to eavesdrop on terrorists who discuss their plans over a heated match of Halo: Reach.

The company that’s been awarded the contract, Obscure Technologies, is now going to have to crack into some consoles and sniff around a little bit to see what they can salvage. The unclassified and publicly available Statement of Work document, covers things in a little more detail. In short, Obscure is going to have to:

On top of all that, they’ll be required to whip up some prototype hardware and software that can be used for this kind of console hacking. The details are a bit vague, but it seems Obscure will need to deliver both a program that can scrape data from consoles remotely, in real time, and a physical bug that can scrape information off of used systems and contiunally monitor the system it’s attached to. In return, they get $177,237.50 and more importantly, 2 Wiis, 2 PS3s, and 2 Xboxes from the U.S. government. Bet you’re jealous.

Of course, everyone involved here is quick to say that any tactics learned from this little endeavor won’t be used on consoles belonging to U.S. citizens. Ostensibly this is a civil rights move, but I’ll bet that the U.S. government has little interest in finding out which 12-year-old has sent the most fraudulent, misspelled Xbox Live ban notifications. I, on the other hand, would love to know so feel free to tip me off.