That Veronica Mars Kickstarter Campaign Has Raised $2.7 Million and Counting 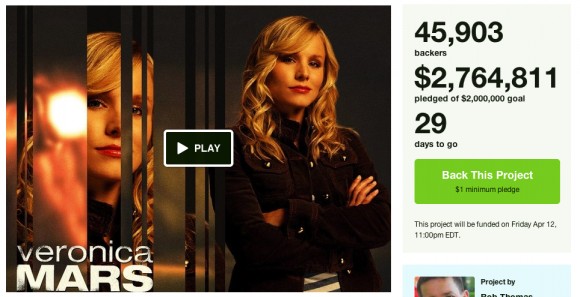 Remember the Veronica Mars Kickstarter campaign we posted yesterday? The one that set out to raise $2 million so Kristen Bell, Rob Thomas, et. al. can make a Veronica Mars movie?

So. It’s doing rather well for itself. As you can see.

And this is after just two days. The campaign’s going to keep on keeping on until April 12th. I solemnly pledge that if anyone manages to guess the exact dollar amount The Veronica Mars Movie Project ends up raising I will… I will… write them a poem. An epic poem. An epic haiku. Yeah.