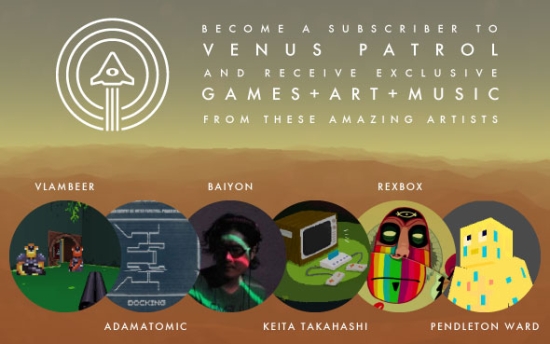 Boyer’s no novice to the field, either. The man’s chairman of the Independent Games Festival, after all, and was the former editor of Offworld. Venus Patrol is a new chapter for Boyer, however, and promises to be an intriguing one. Not only will it be covering those beautiful things, the site will apparently have a much closer relationship with indie developers than most.

Purchasing a subscription, which runs $3/month, gets a few digital goodies from the original Kickstarter drive while grabbing a $25 full-year membership even grants access to the video games made available to the previous backers, Capsule and Gun Godz.