Let's all try to forget Spider-Man 3 and agree to be really excited about a Venom movie. 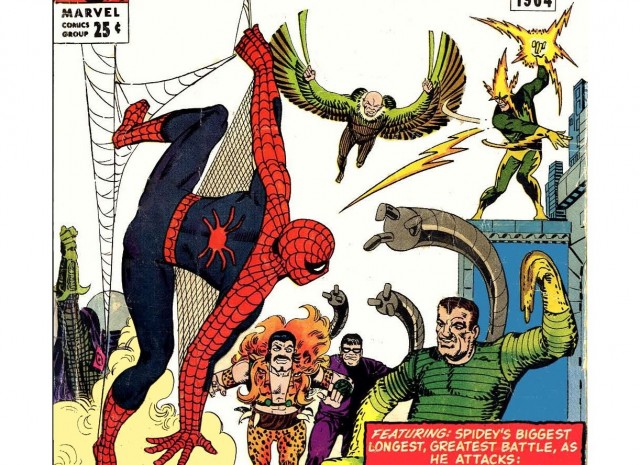 Too many villains in a superhero movie is an almost guaranteed way to ruin it, but what if you make the villains the center of the story? That’s what Sony is doing with the announcement that The Sinister Six are getting their own film, and so is Venom. The movies will all fit into the same universe, similar to Marvel’s own film productions.

In a perfect world, Marvel and Sony would come together and we’d see Andrew Garfield swinging into an Avengers movie at some point, but since that’s not going to happen, we like that Sony is building up their own universe around Spider-Man.

There’s not much in the way of details about the films themselves. We’re assuming Jamie Foxx will carry on as Electro, but there’s been no official announcement yet. What we do know is that the studio has put writers Alex Kurtzman, Roberto Orci, Jeff Pinkner, Ed Solomon, and Drew Goddard on the job. Kurtzman and Orci will be writing the third Amazing Spider-Man film as well.

A live-action permutation of the Sinister Six is something Spider-Man fans have been wanting to see for decades, and much of the pre-release hype for Spider-Man 3 was focused around fans wanting to see Venom on screen. Sadly, we all know how that turned out. Hopefully they’ll get it right this time.

While we wait for more news, let’s all start wildly speculating on a cast. We know Jason Momoa wants to be in Man of Steel 2, but we wouldn’t mind seeing him suit up as Kraven.

(via The Hollywood Reporter, image via Marvel Comics)