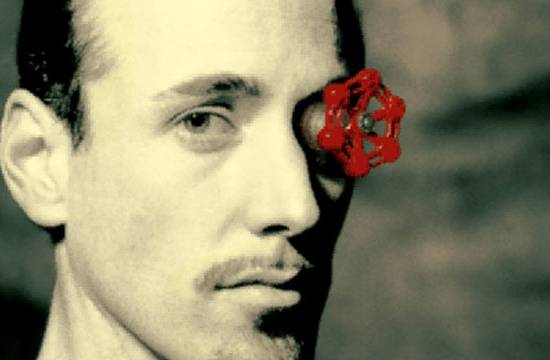 What with Google’s Project Glass being the talk of the proverbial internet town, it seems as good a time as any for those scuttling about in the shadows of the technology world to admit they’re working on similar projects of their own. So it’s interesting for Valve to shrug and acknowledge their own wearable computer research in a post that begins with a reference to Neal Stephenson’s Snow Crash.

Michael Abrash is the man behind both the movement and the post. The blog post gives an explanation of how he ended up at Valve, which begins with Snow Crash and ends with him leaving Microsoft for the second time, and how he came to be working on wearable computing. So what exactly is Abrash working on at Valve?

In his own words, he’s doing all the groundwork and research needed to make wearable computing a reality:

By “wearable computing” I mean mobile computing where both computer-generated graphics and the real world are seamlessly overlaid in your view; there is no separate display that you hold in your hands (think Terminator vision). The underlying trend as we’ve gone from desktops through laptops and notebooks to tablets is one of having computing available in more places, more of the time. The logical endpoint is computing everywhere, all the time – that is, wearable computing – and I have no doubt that 20 years from now that will be standard, probably through glasses or contacts, but for all I know through some kind of more direct neural connection. And I’m pretty confident that platform shift will happen a lot sooner than 20 years – almost certainly within 10, but quite likely as little as 3-5, because the key areas – input, processing/power/size, and output – that need to evolve to enable wearable computing are shaping up nicely, although there’s a lot still to be figured out.

Though he clarifies that this is only research and the experimental tendencies at Valve mean that this may never see the light of day, his talk is hopeful and seems to indicate that there’s already been some tentative success. He also encourages any and all hardware engineers and the like to shoot him an email if they’re interested. The team always needs more smart people.

(Ramblings in Valve Time via The Verge)