There have been rumors for a while, but now it’s official: Google is working on a real-life heads-up display in the form of Internet-enabled smart glasses and calling the endeavor “Project Glass.” Just as you’d imagine, the glasses aim to bring the web to you by overlaying an interface on your daily life and allowing you to interact with it via voice and eye movement. Aside from the confirmation that this is a project in development and a optimistic little “look how awesome this will be” video, there’s not much more information available. Of course, that really just means there is plenty of room for your imagination to run wild.

Google also released some pictures of what the glasses look like, and the word that leaps to mind is “futuristic.” They also don’t appear to actually cover the whole eye, which is probably for the best. It’s hard to imagine people walking around with these, but then again, if they work like the video shows, fashion might just have to roll with it. All in all, it’s probably a long way off, and — in a way — a terrifying prospect as well as a cool one. I mean, after this, you just full-on start turning into cyborgs, right? But I guess as long as the perks are good enough, that’s fine by me. 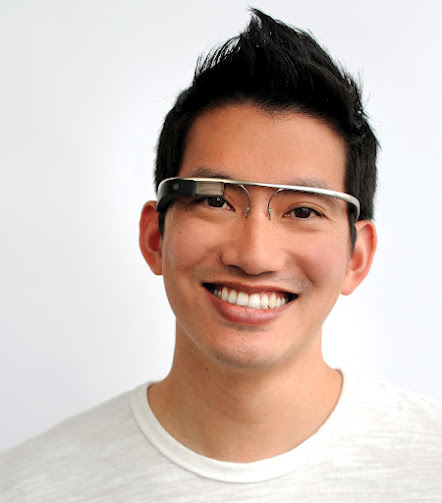