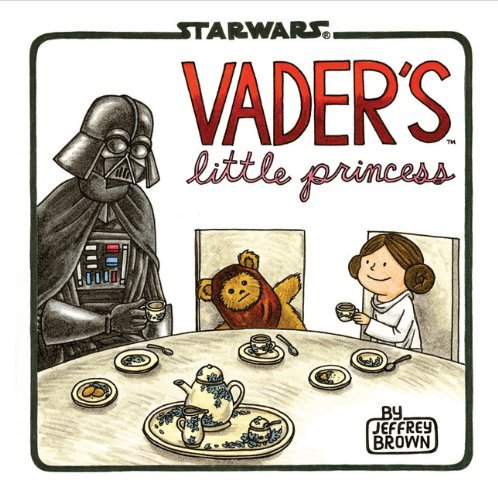 I’m putting you on notice, Internet. Why didn’t anyone tell me that Jeffrey Brown announced that he’d be making a sequel to Darth Vader and Son at San Diego Comic Con? Vader and Son was super cute, but it certainly left a pretty big thing out: the fact that Luke was a twin! Where was his sister’s book? This first image from the book, of Darth Vader indulging his daughter in a tea party with an Ewok, is pretty damn compelling, if you ask me. It’s a good thing there’s only pretend tea in those cups, because how would he even drink it?

Brown has also made some seasonally appropriate gift tags, if you’d like a cheerful candy-cane holding Darth Vader to adorn your gifts, available over at Comics Alliance.