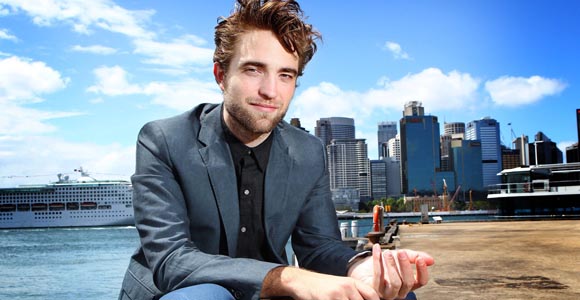 Robert Pattinson is doing a lot of press these days thanks to the final installment of the Twilight franchise, Breaking Dawn Part 2, being released this past week. Since he’s not actually the biggest fan of anything having to do with Twilight, interviewers take part of their time to ask him other, more interesting questions. For instance, would he be interested in a role in Disney’s Star Wars VII? Yes, yes he would. And he is willing to play anyway. Yes, anyone, even Jar-Jar.

In an interview with The Washington Post, Pattinson was asked whether he’d consider being a part of another franchise considering he’s been in both Harry Potter and Twilight. The answer was yes, though the whole “franchise” thing does concern him as an actor.

“A lot of the stuff I’ve chosen which I’m doing this year, I chose a year ago. And things change — the industry changes really quickly at the moment. It also seems like the only thing being made are franchise movies,” he said. “[That] only worries me because you just lose tons of control. As I get older, I mean — the stuff you put out into the world is supposed to be representative of who you are. And if you don’t have control over it, I don’t know how to say, ‘This is who I am and this is what I’ve made.’ It’s not. It’s a whole other thing. It becomes more a job than an art.”

Though he considers franchises a “powerful thing.”

“You look at something like ‘Star Wars.’ No one’s going to call ‘Star Wars’ a franchise,” he said. “Just after the new ones. [Laughs] The first three, that was a series, not a franchise.”

So he was asked directly, would he be in Star Wars if asked? “Absolutely. In a heartbeat,” he said.

Even if they asked him to play Jar-Jar? “I actually kind of like Jar-Jar,” said Pattinson. “I don’t understand what the big deal is about Jar-Jar.”

We’re not sure Michael Arndt will be utilizing Jar-Jar in his script but with this particular question being thrown every which way recently, I think the more important question is, is there anyone who would turn down a role in Star Wars? Pattinson even admitted how just the merchandizing of this particular series is appealing to him.

“I was talking to somebody the other day about how sometimes having all the merchandising and everything is kind of exciting,” he said. “I still want to have a light saber. I want to buy the toys and stuff. I like the idea that the fandom will create the universe on its own just because it’s so huge, and there are so many things to buy into and invest in.”