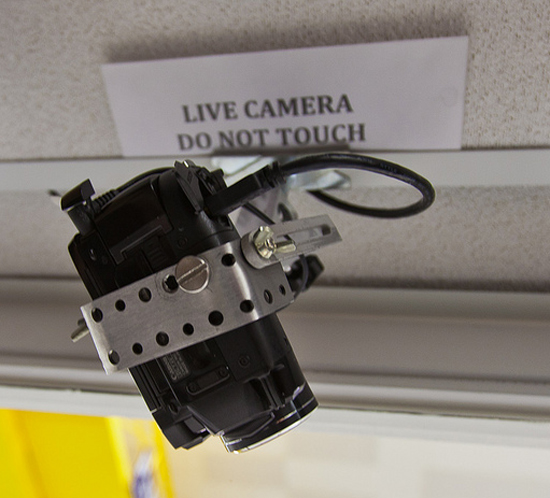 The NASA livestream apparently did really well for itself this past Sunday during the Curiosity rover’s landing on the surface of Mars. According to Tony Riggins, spokesman for Ustream, more than 3,200,000 folks watched the rover’s descent via their streaming platform. Across the various streams, the landing had 500,000 concurrent viewers during its peak. Cable networks, on the other hand, did surprisingly poorly in comparison.

Of all the major networks, Nielsen television ratings for the same time slot have only Fox garnering greater numbers, with an audience of 803,000. Of the other major networks, CNBC came in with a measly 109,000, MSNBC only garnered 365,000 viewers, and CNN came closest to the streaming numbers with 426,000. Riggins told Mashable the following:

More people tuned in to watch the NASA Mars landing coverage on Ustream than many of the top cable news networks during Sunday primetime […] This speaks to how much more sophisticated social media tools are getting on the web, even from just a year ago, and how consumers are adapting technologies to get news now from sources like Ustream[.]

Probably the most important difference is the truly social aspect of watching streaming coverage. Watching television coverage tends to provide one or two talking heads’ viewpoints on the event while streaming arenas like Ustream often let users interact with other users. Sometimes this is via chat, other times video, but literally anything of the sort is an improvement over what television can offer.

As more and more discovery becomes immediately available via the Internet, the archaic control of traditional television will erode over time. If there’s no way to throttle opposing coverage, especially if it comes from the source of the coverage, things like NBC’s delay of the Olympics will become unfortunate footnotes in history. They might be making money on the gambit currently, but that’s in a system of their own construction. The future of broadcasting is a different story.