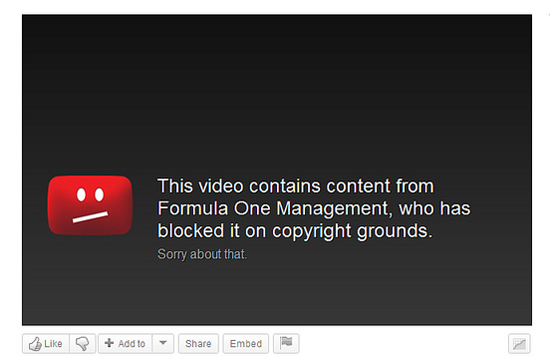 The footage obtained by NASA in its endeavors, including the recent landing of the Curiosity rover, are released into the public domain so that enterprising folks can spread the word far and wide however they desire. Unfortunately, when stuff like this then gets shown on television or elsewhere, YouTube’s Content ID starts to freak out. After using the public domain NASA footage in a Google+ hangout video, tech writer Lon Seidman was hit with a grand total of five separate takedown requests.

This isn’t all that unusual. After all, NASA’s own video of the account was hit with a DMCA takedown after being uploaded. The Content ID system, as it currently exists, essentially puts the burden of proof on the accused. Regardless of the supposed infraction, the person hit with the request must then prove they are innocent. After public events, this becomes more prevalent. It also occurs when shows feature clips of things already found on YouTube.

Seidman held a Google+ hangout with a group of like-minded individuals this past Sunday to discuss and observe the Mars landing. He just so happened to include the “infringing” clips that NASA had released. Little did he know that his actions would serve to rile the automated beast. Seidman’s post on the matter sums things up nicely:

On Sunday night I hosted a live broadcast with contributors from CTTechJunkie.com and NASASpaceflight.com to watch the landing live. We brought in footage provided by NASA, including their live feed of the landing. NASA footage is released into the public domain and can be freely used by anyone.

I just came home to my inbox filled with dispute claims from no less than FIVE news organizations claiming this footage as their own. BS. It’s mine. And now Youtube says it might start running ads against content I created and handing that money over to these crooks who are essentially bigger players with the ability to claim rights to content they do not own.

The worst part is that Google clearly is not requiring these “rightsholders” prove they actually own the content. But it’s somehow incumbent upon me to prove my innocence. This is outright theft of my content – plain and simple.

There obviously has to be a better way of accomplishing compliance than forcing users to prove their innocence time and time again. Even if the massive amounts of footage uploaded to YouTube requires automation, this current system doesn’t appear to be working all that well.