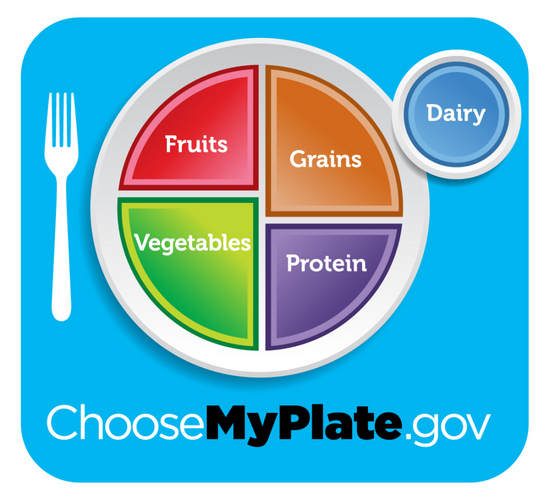 After close to 20 years as an official government recommendation, the USDA has replaced the much-criticized Food Pyramid with MyPlate, a simpler visual guide to nutrition consisting of a plate divided into four portions plus an extra circle for dairy.

While one wonders if the powerful U.S. dairy lobby shoehorned that last one in, as distinct from “protein,” this new design comes closer to parity with conventional dieting wisdom, allocating half of the plate to fruits and vegetables, a little more than a quarter to grains, and a little less than a quarter to proteins. Among other issues, the Food Pyramid was criticized for overemphasizing grains, contributing to America’s collective carbohydrate overload and obesity rate without making distinctions between whole grains and less healthy processed grains.

In a press conference today, First Lady Michelle Obama, who has been active in anti-obesity efforts, praised MyPlate’s new visual scheme as easier to follow in real life: “Parents don’t have the time to measure out exactly three ounces of chicken or to look up how much rice or broccoli is in a serving,” she said.