US Women's National Hockey Team is Boycotting | The Mary Sue 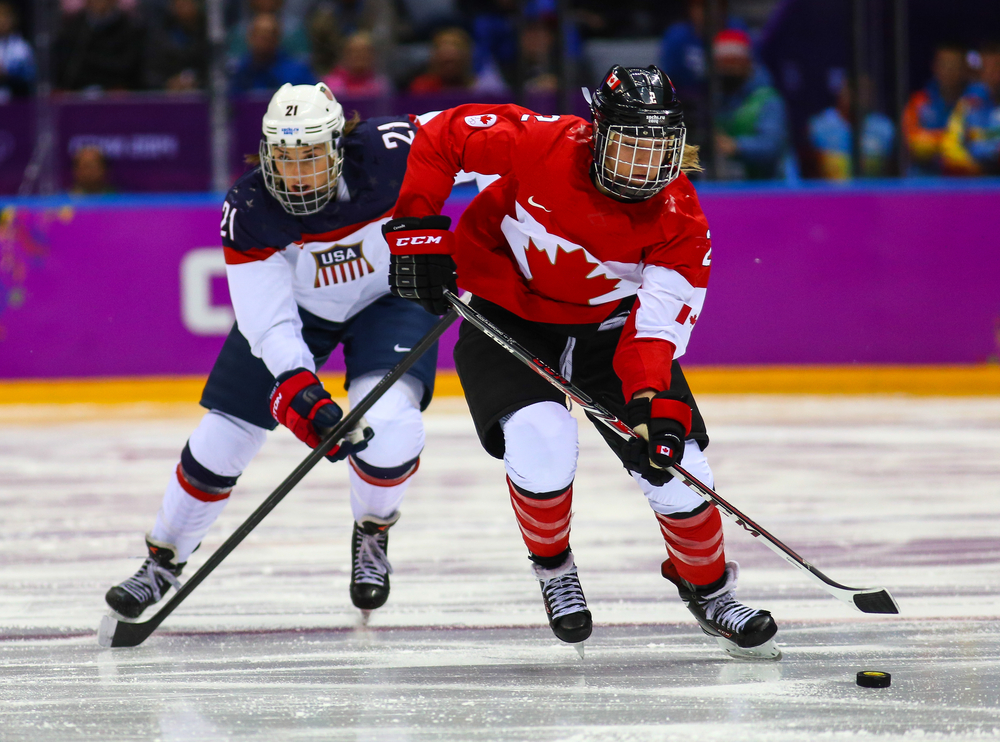 The U.S. Women’s National Hockey Team will sit out the International Ice Hockey Federation (IIHF) World Championship, which begins on March 31 in Michigan, as part of an ongoing dispute over fair pay and support for girls’ hockey programs.

This is the first time the U.S. will host the event, and the U.S. women’s team is currently the reigning World Champion. It’s going to be an #awkward look for USA Hockey–which is why they told NPR that they still “intend to field a team for the event.” The women’s team also stated that they “heard that USA Hockey is attempting to field an alternative team,” seeming to confirm USA Hockey’s intentions.

A team of last-minute strikebreakers–what a moment of national pride that’ll be!

US WNT will not play in 2017 World Championship due to stalled negotiations over fair wages and support from USA Hockey #BeBoldForChange pic.twitter.com/qEXVyoKE6y

The dispute centers on two major issues: pay for the players themselves, and support for girls’ and women’s hockey programs overall. The players are only paid a stipend of $1,000 per month in the six months leading up to the Winter Olympics; other than that, they receive almost no compensation, despite being expected to train full-time and compete in events like the IIHF World Championship in non-Olympic years.

USA Hockey maintains that the women on the team are not employees, and therefore are not entitled to a living wage. “USA Hockey’s role is not to employ athletes, and we will not do so,” said Jim Smith, President of USA Hockey.

The other issue at hand is support for young women and girls. A statement from Ballard Spahr LLP, the law firm representing the team, emphasized USA Hockey’s gender discrepancies in talent recruitment. “At the younger levels, USA Hockey spends approximately $3.5 million dollars annually to support a schedule of more than 60 games a season for boys participating in its National Team Development Program. There are no comparable development opportunities for girls.”

The U.S. Women’s National Soccer Team, which filed a federal wage discrimination complaint in April, has been supportive of their hockey counterparts.

We are with you!! How can we all help? #USAHockey https://t.co/cuTlyIrJGU

Admittedly, the U.S. Women’s National Soccer Team is in a slightly different situation. They not only routinely outperform their male counterparts, but they also bring in far more viewers, having played in the record-breaking most-watched soccer match in U.S. history. Given that they are so underpaid while also bringing home more wins and a bigger audience, team lawyer Jeffrey Kessler called theirs “the strongest case of discrimination of women athletes in violation of law that I have ever seen.”

U.S. women’s hockey does bring in less revenue and fewer eyeballs than men’s; their contract does not suggest something like an employment arrangement as strongly as the U.S. Women’s National Soccer Team’s does. Their battle is likely tougher.

But it’s still worth fighting.

(Via USA Today, Fusion, and NPR; image via Shutterstock)