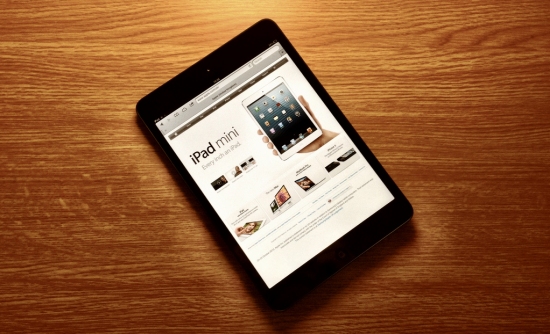 Trademarks are important so that companies can keep people from stepping all over their brand, and few companies have their products as uniformly branded as Apple. They have the iPhone, iPad, iMac, iEtc. It made sense that they tried to get a trademark on the iPad mini, but they were denied one by the U.S. Patent and Trademark Office which said the addition of “mini” was, “merely descriptive.”

The letter Apple received from the U.S. Patent and Trademark Office says that adding “mini” to the end of the word “iPad” just describes it as a smaller version of the product and is not, “a unitary mark with a unique, incongruous, or otherwise nondescriptive meaning in relation to the goods and/or services.” The letter was sent to Apple in January of this year, but was only recently made public.

The argument is that “mini” is too generic a word to be trademarked. Had Apple gone with something more distinctive like the iPad Itsy Bitsy Teeny Tiny they might have a stronger case. The company can still appeal the ruling, but they will have to make a better argument for why “mini” stands out. The obvious problem with that is that “mini” doesn’t stand out at all.

(via TechCrunch, image via @NickyColman)