Nine U.S. States Have Joined A Climate Alliance To Protect the Planet And Uphold the Paris Agreement 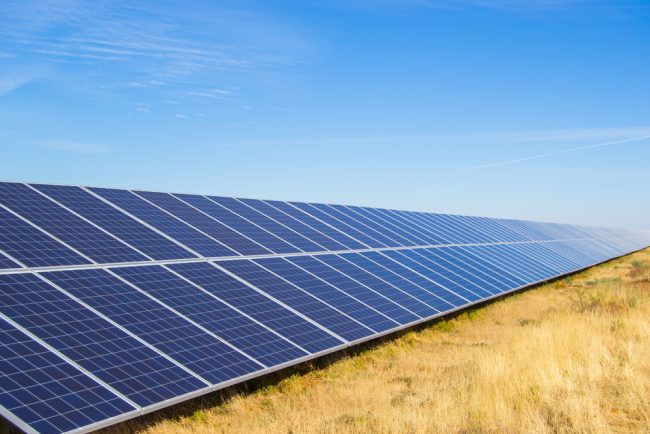 The governors of nine U.S. states – California, Connecticut, Hawaii, Massachusetts, New York, Oregon, Rhode Island, Vermont, and Washington- have joined the U.S. Climate Alliance, a coalition that pledges its members to uphold the tenets of the Paris Agreement in their state. The alliance was initially founded by the governors of New York, California, and Washington after Trump announced that he would withdraw the United States from the historic Paris climate accords.

Those three states already have pretty aggressive plans for reducing carbon emissions and increasing renewable energy sources – and together, they represent about 10% of the United States’ total greenhouse gas emissions. That makes their pledge to hit “the US goal of reducing emissions 26-28 percent from 2005 levels and meeting or exceeding the targets of the federal Clean Power Plan” more significant than the contributions of many countries who signed the Paris Climate Agreement. States can make a real difference here.

Many of the other signatory states are also already moving toward a greener future, and the alliance may encourage them to set more aggressive goals. Should more states join the Alliance – and there are a few contenders – the Alliance could come to represent a really sizable chunk of the United States’ total greenhouse gas emissions.

When asked about the founding of the alliance in a call with reporters, California governor Jerry Brown just about summed it all up. “This is an insane move by this president,” he said. “The world depends on a sustainable future. It’s tragic, but out of that tragedy I believe the rest of the world will mobilize, will galvanize our efforts.”

I want (and, let’s be honest, need) to share Governor Brown’s optimism and determination. Leaders across the world have expressed their dismay and disgust at Trump’s decision, and some – like France’s new president, Emmanuel Macron – have addressed themselves directly to the American people, promising that the crucial fight to save our planet doesn’t need Trump’s stamp of approval to continue.

In addition, 187 mayors, representing 52 million Americans, signed a statement that commits their cities to “adopt, honor and uphold Paris Climate Agreement goals.” The statement is short, simple, and clear. “We will continue to lead,” it vows. “We are increasing investments in renewable energy and energy efficiency. We will buy and create more demand for electric cars and trucks. We will increase our efforts to cut greenhouse gas emissions, create a clean energy economy, and stand for environmental justice. And if the President wants to break the promises made to our allies enshrined in the historic Paris Agreement, we’ll build and strengthen relationships around the world to protect the planet from devastating climate risks.”

“The world cannot wait — and neither will we.”

If your state isn’t a member yet, call up your governor and let them know this is important to you. Two of the governors who signed this are Republicans, so they can be pressured. But if your governor is a terrible person, try calling your mayor to at least sign the statement. Let’s let Trump know he is very, very outnumbered.

(Via CNN and IFLScience; image via Shutterstock)