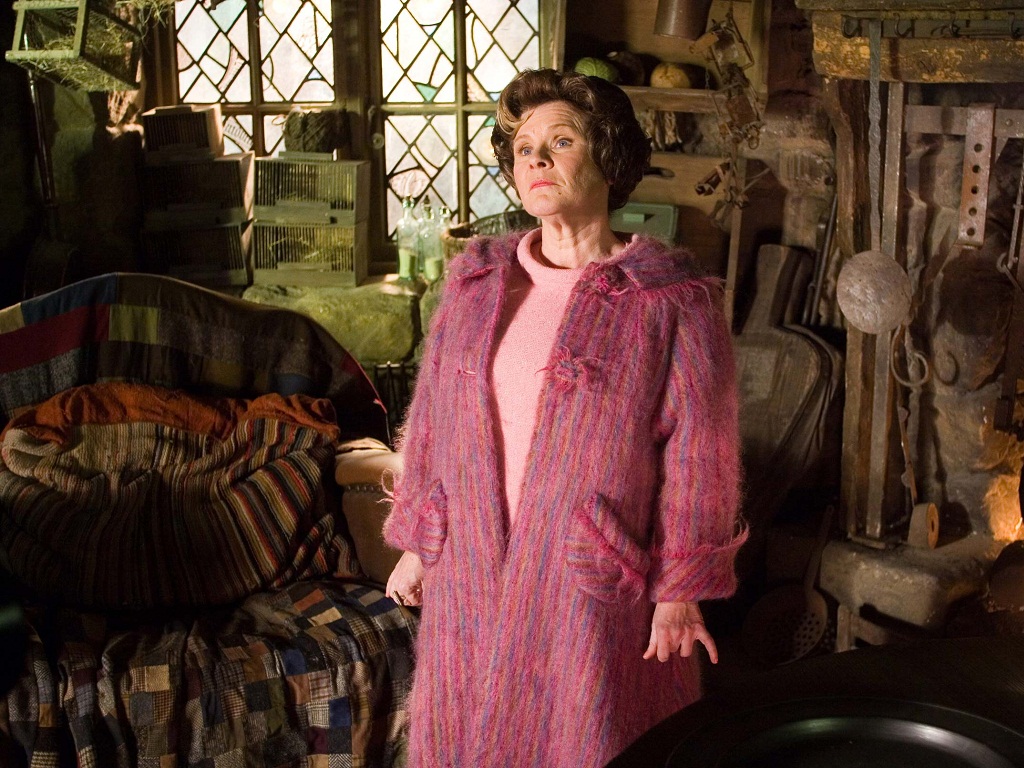 I must not tell lies: as promised a week ago, J.K. Rowling has published more original Harry Potter content–ostensibly in honor of Halloween, although does Queen Rowling really need an excuse?

You can check out the story right now using your Pottermore account (10 points to anyone who can remember their username) or read the entire 1,700-word Dolores Umbridge “back story” over on Today. In addition to providing a comprehensive history of one of Hogwarts’ most reviled teachers, Rowling also reveals her real-life teacher that provided the inspiration for Umbridge, and the significance of the Inquisitor’s passion for pink, kittens, and all things twee.

When we heard last week that Rowling would be gifting the Internet with more new content in the Harry Potter universe (she also released a Rita Skeeter story online in July), Victoria wrote that she hoped Umbridge’s backstory might make her slightly more empathetic–she’s one of the most categorically evil characters in Harry Potter, but villainy doesn’t always equate to dislike with fans (take Loki for example).

So, does The Story of Dolores Jane Umbridge give the titular character a tad more humanity? Does it offer any insight into her unrepentant selfishness? Kind of, if you’re willing to psychoanalyze. (I’m just saying, if I lost half my family at an early age, I might collect patterned pillows and porcelain plates in an effort to freeze time and recapture a happier period in my life, too.)

Of course, I’m just sympathizing with the devil here. We all know why we were excited for Rowling to lift the pink crepe-colored lid on Umbridge’s soul–it’s because she’s the worst.