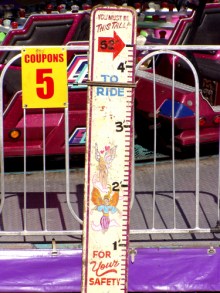 An argument in favor of censoring Internet porn, provided by Parliament member Claire Perry, says that television and radio are regulated, so it only makes sense that the Internet be regulated as well. Honestly, that’s pretty sound logic, and it’s tough to argue against. The Internet is a wild beast capable of great things, but equally capable of showing you things you never, ever wanted to see, and you’d most likely agree those things that require eye bleach probably shouldn’t appear on regular television, so why should they appear on the regular Internet? Though you may instantly wretch at the thought of censoring the Internet, which is an idea with the very purpose of freedom of information, again, Perry’s analogy is pretty sound.

However, like with television, movies, radio, music, video games, and any other piece of media, if you want to protect someone from the content, you should probably go ahead and try doing that, rather than trying to ruin the content at its source.

Like with most items of censorship, the Prime Minister is now considering the blockage due to a parliamentary inquiry regarding online child protection. Yes, the ol’ “But, think of the children!”

As everyone should know by now, the immediate answer to “think of the children” is to tell the person that yes, they should think of their children and do something about it, using a mix of better parenting techniques and a variety of parental censorship tools that will work about as well as any other kind of enforced block. Executive director of the Open Rights Group Jim Killock agrees with that sentiment, saying “…default filters are awful. They block a wide range of innocent material, and nobody should be advocating broader and simpler censorship. All the independent evidence has pointed to giving parents simple tools and choices. There is no need to create network level censorship in the name of a porn opt-in.”

Luckily, the U.K. is just in consideration mode regarding default blocks, but as we recently saw with The Pirate Bay, they aren’t opposed to implementing them. Hopefully it doesn’t come to that.