U.K. High Court Has Allowed Court Summons To Be Served Via Facebook 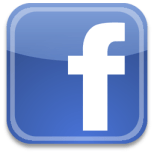 Whether you like it or not, social networks are weaseling their way further into the very fabric of our everyday life. That being the case, you might not be surprised that they’re working their way further into the legal system. For instance, a High Court judge in the U.K. has recently ruled that you can totally serve court summons via Facebook since some people out there seem to be impossible to reach any other way. Yes, we’ve come to that.

As you may or may not be aware, the U.K. is pretty down with the marriage of social media and law in general, so this isn’t too much of a surprise. After all, the U.K. Supreme Court accepts freedom of information requests via Twitter, and is even opening up an account on the service for the purpose of tweeting rulings. This new ruling gets Facebook into the mix as well, at least in England and Wales.

This ruling won’t actually usher in the first instance of a summons being served by Facebook; that’s already happened. The ruling is just saying that it’s okay for it to keep happening. Last year, a lawyer recieved permission from the Hastings County Court to send out a summons via Facebook as a last resort after a debtor managed to avoid all conventional forms of communication.

Of course, it’s not like this is going to become the primary method by which summons are served, although due to the ease with which they can be sent, Facebook summons are likely to become common. It’s actually not that big of a surprise considering that the U.K. has allowed summons to be sent via Twitter — apparently U.K. High Court’s social network of choice — for years now. It’s kind of surprising Facebook hasn’t been roped in until just now.

It looks like there’s new criteria for being a real social network: Whether the U.K. High Court will permit you as a vehicle for summons. You jealous, Google+?