The Department of Justice Wants Fake Facebook Names To Be Illegal 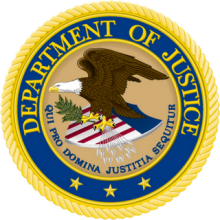 Chances are, you break Terms of Service all the time; most of us do. Usually, it’s nothing particularly malicious, like filing a fake name, misreporting your age for one reason or another, or entering gibberish for required fields you don’t feel like filling out. All of these are bound to breach any TOS, but what’s the big deal, right? It’s not against the law. Well, if the Department of Justice has its way, it might be. Turns out the DoJ is arguing to U.S. congress that “prosecutions based upon a violation of terms of service or similar contractual agreement with an employer or provider” are an absolute necessity.

The fallout of this would mean that lying about your age on Match.com or using a fake name on Facebook would become illegal, as would using many services if you are under the age of thirteen, and countless other things that people do all the time. But before you get too heated about any of this, it’s important to realize the DoJ is coming from a somewhat logical place, sort of.

The law that’s in contention here is the Computer Fraud and Abuse Act (CFAA) which was used back in 2008 to convict Lori Drew who had used a fake Myspace account to pester her teenage neighbor, who later commited suicide. The conviction was later overturned. While I can totally see why the DoJ got all fired up about that one, it was clear then and it’s clear now, that the use of the CFAA for purposes outside of traditional fraud and identity theft is a dangerously slippery slope. Basically, use of the CFAA in this fashion turns any site’s TOS into defacto law.

The problem that arises from that is that TOS tend to be overly broad or over the top to protect the website involved. Google, for instance, has TOS that prohibit use of the search engine by individuals who are “not of legal age to form a binding contract.” If the DoJ has its way, using Google before you’re 18 becomes illegal. TOS sometimes contain questionably legal bits as well, like Sony’s recent TOS update that prohibits PS3 users from participating in a class-action lawsuit against them.

Orin Kerr, a former Justice Department computer crime prosecutor told CNET that he think’s the DoJ’s arguments are weak. In addition to the slippery slope arguments, he points out that most of the activites that would be prosecuted under the CFAA are already illegal by other, existing statutes; criminalizing TOS violations isn’t necessary.

You can probably take solace in the fact that even if the DoJ does get its way and this does go through, you will probably not be in any danger of getting in trouble for your now-illegal TOS breaches. Why? Sheer quantity. If everyone who uploads a copyrighted video to YouTube, lists their middle name as their last name on Facebook, lies about their age on Match.com, or uses Google before they turn 18 is now a felon, it’s not like any of them are going to start getting prosecuted. There are just too many. Of course, if you breach a TOS and then go on to do something worse, the charges could start to stack up. Maybe the real answer here is an overhaul of TOS so that they become shorter, easier to read, and a little less unrealistic. In any case, it looks like the DoJ is pushing towards something they only think they want, and if they get it, things will have to get worse before they get better.