Woman Arrested For Embezzling $166,000 for Mafia Wars, Other Zynga Games 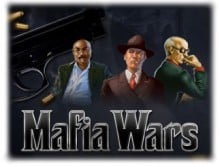 Bettysue Higgins has pleaded guilty to embezzling $166,000 from the Maine Trial Lawyers Association, and is now facing prison time and probation. With a home in foreclosure, one would assume that Higgins needed the money just to stay afloat. However, there is some evidence that a good chunk of the money she stole was paid out to Zynga playing Mafia Wars and YoVille.

While investigators are still uncertain about where all the money went, they found that between January 2009 and September 10, 2010 Higgins wrote herself 78 fraudelent checks from her employer and paid out the amount to Zynga. Additionally, her bank records indicate that in February 2010 alone, Higgins spent $4,000 on video game related expenses. Of course, that represents just a fraction of the 220 checks Higgins wrote herself from 2006 to 2010.

Perhaps not surprisingly, this isn’t Higgins’ first time in hot water over embezzling. In 1991, she was found to have stolen $2,075 from the school district for which she worked. Given the limited capabilities of online gaming at the time, one assumes that this money was converted directly to Pogs.

While people have argued back and forth about the existence of video game addiction, Higgins’ story is hard to dismiss. It’s also a telling that she spent so much money and effort on little Facebook games, which are designed to be addictive little time-sinks. In the hands of someone with some established problems, however, their clever design became quite problematic.