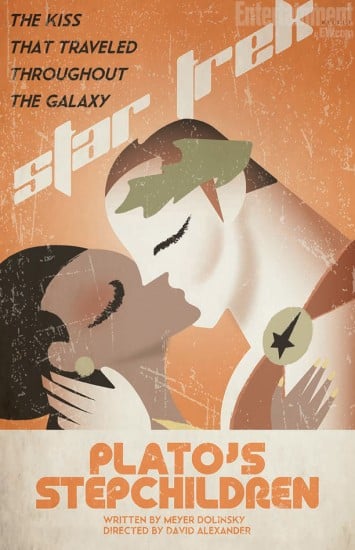 We’ve been seeing some fun retro Star Trek posters popping up every few weeks but we have to admit, this one caught our eye. By artist Juan Ortiz, the latest depicts the kiss heard ’round the galaxy from the episode “Plato’s Stepchildren.” You can see one more, for “Journey to Babel,” at Entertainment Weekly. They’ll be on sale at Quantum Mechanix and on t-shirts at WeLoveFine starting August 5.